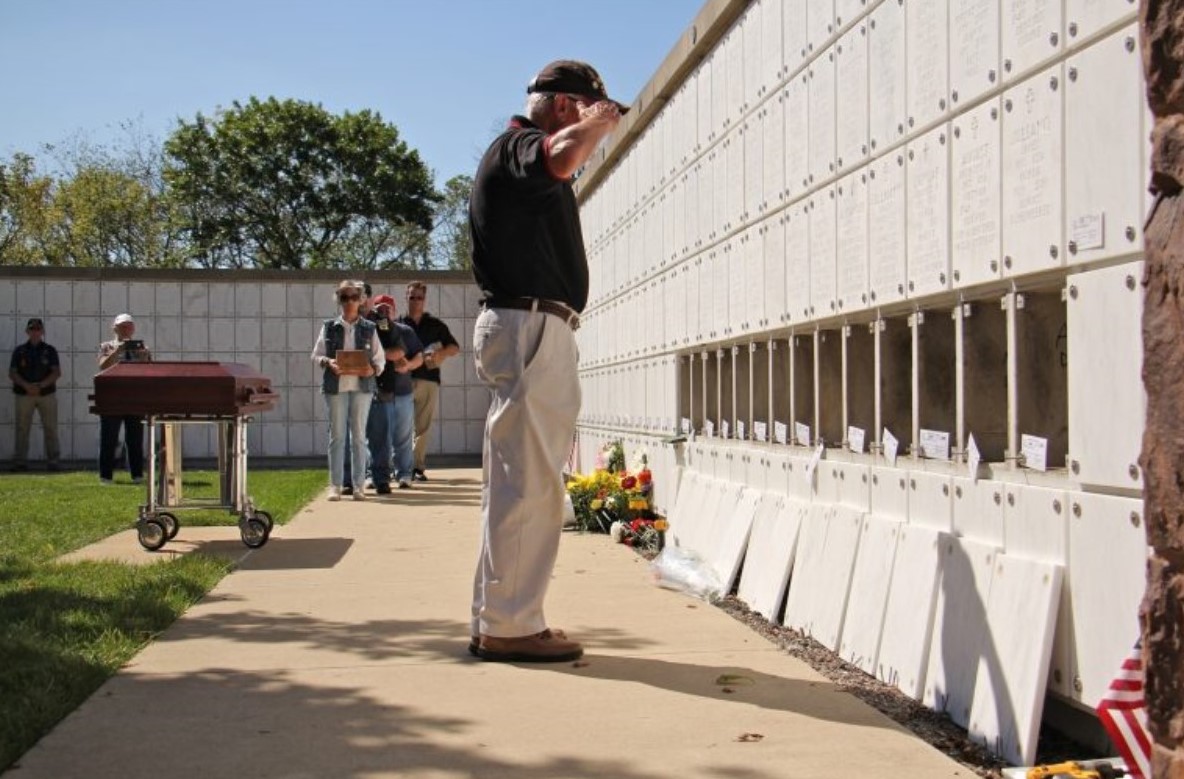 The remains of Chester County veterans who were never claimed by their families were recently given a military burial at the Washington Crossing National Cemetery in Bucks County, thanks to the efforts of Coatesville native Justine Newman, a former intern at the Chester County Coroner’s Office, writes Ximena Conde for WHYY.

The ceremony honored 14 veterans, nine of whom were identified by Newman. She also coordinated with local groups to raise interest in the ceremony.

The ceremony was attended by around 100 people from all over the region, including members of two motorcycle groups, Warriors’ Watch and Patriot Guard, and members of the Disabled American Veterans, as well as local member of Congress.

Bikers formed a procession for the veterans as they were carried to their final resting place.

“They didn’t just say I’m only going to be fighting in Vietnam for Chester County,” said Carol Shelby Ford, a Vietnam-era veteran. ”They fought for everybody.”

Some people, like Carol Rathgeber of Honey Brook, took time off from work to attend.

“I wanted somebody to be there for them just like they were here for us to serve our country,” she said.

Read more about the ceremony at WHYY here.