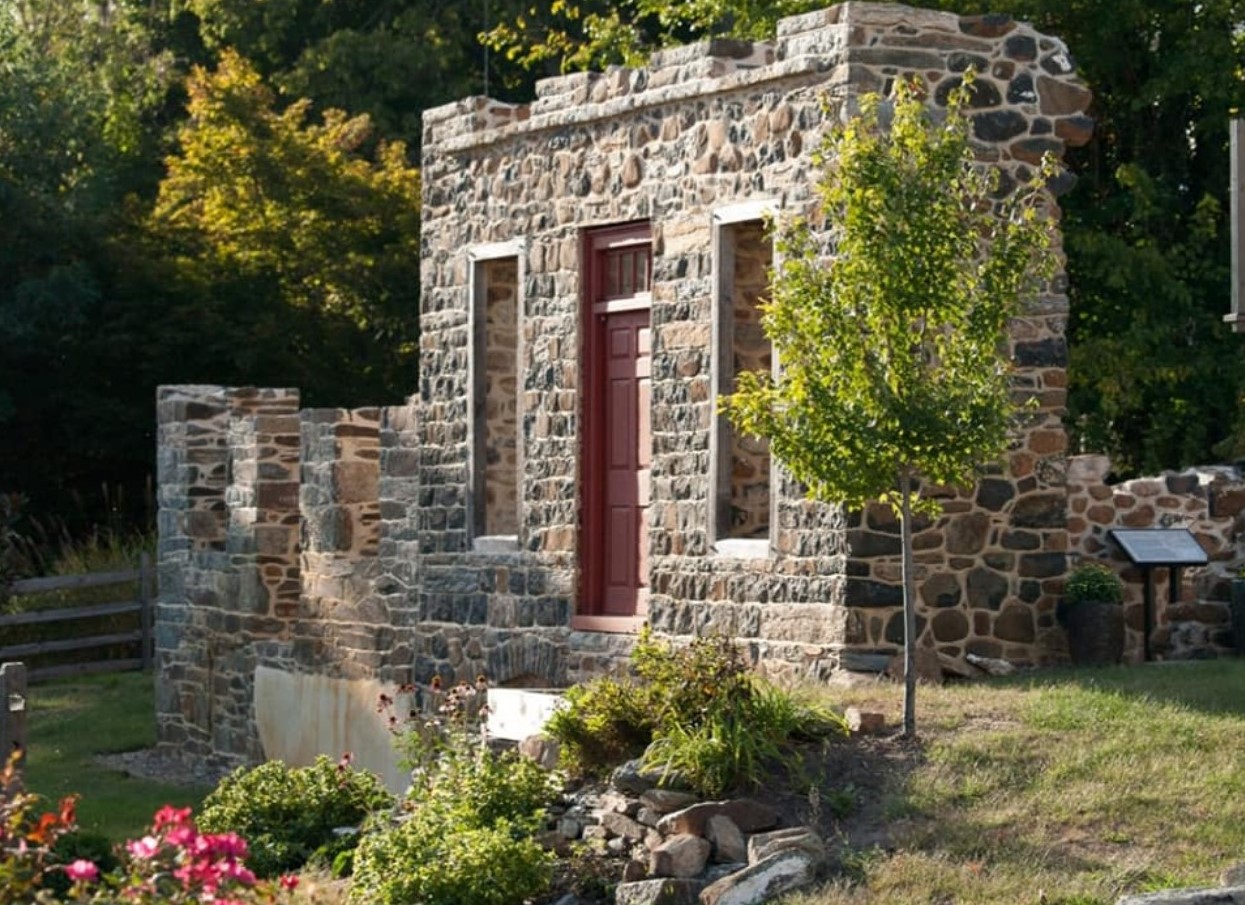 Image via Friends of Martin's Tavern.

Marshallton residents have been working hard to preserve their pre-Revolutionary village’s rich history and everything that makes it unique, writes J.F. Pirro for the Main Line Today.

Adrian Martinez, an artist and member of the Friends of Martin’s Tavern, a citizen-formed nonprofit, refers to Marshallton as God’s country.

“This was the frontier,” he said.

This especially holds true for the Marshallton Historic District, which refers to the stretch along Strasburg Road in West Bradford Township. Two centuries ago, this was the thoroughfare between Philadelphia, then the nation’s capital, and Strasburg, the breadbasket of Lancaster County.

Friends of Martin’s Tavern first gathered to preserve the ruins of the pre-Revolutionary tavern that was marked on British spy maps. It was built in 1750 as a residence, and later became a crossroads inn where George Washington’s troops spent time during the Battle of Brandywine. FOMT helped turn the stone ruins and the surrounding area into an interpretive pocket park.

Once that was completed, the group expanded its mission and continued to work on furthering the historical and cultural heritage of the entire village. The village has been on the National Register of Historic Places since 1986.