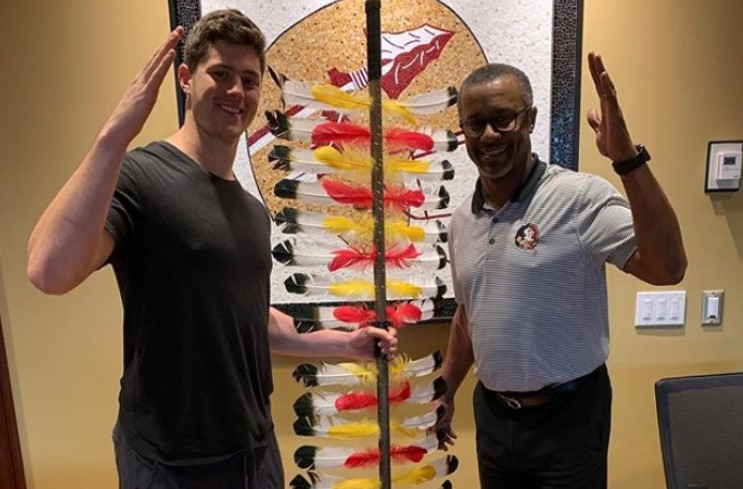 West Chester native and Malvern Prep graduate Alex Hornibrook will compete for the chance to start at quarterback for Florida State, one of the premier college football programs in the country, writes Marc Narducci for The Philadelphia Inquirer.

A graduate transfer, Hornibrook left Wisconsin with the best winning percentage for a quarterback in program history. However, his new coach, Willie Taggart, made no promises about awarding the newcomer the starting job.

Taggart has already awarded the role of starter to redshirt sophomore James Blackman but said that Hornibrook still has a chance to win the position for himself.

“(Blackman) has been starting since the spring, and he will go in (as the starter), but no doubt they will compete and the best man will win the job,” said Taggart.

Hornibrook was already able to impress the coach with the way he interacted with his new teammates.

“It seems like he has been here for years, the way he has related to the team,” said Taggart. “Every day, I see him with somebody and getting to know guys.”

Read more about Alex Hornibrook in The Philadelphia Inquirer here.