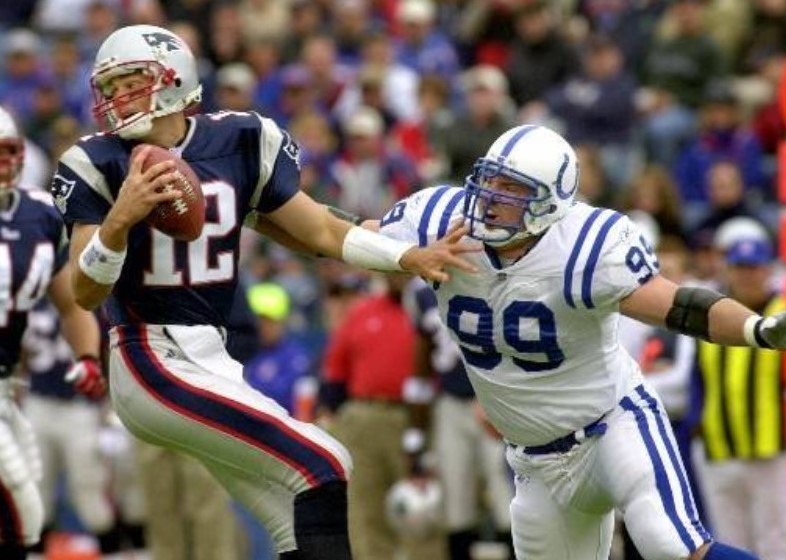 Question: Who was the first player to sack Tom Brady in the NFL? Answer: Brad Scioli, right, who later earned his teaching certificate from West Chester University. Image via The Concussion Blog. 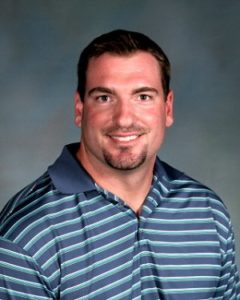 Image of Brad Scioli via the Upper Merion School District.

As New England Patriots quarterback Tom Brady enters his 19th season in the NFL, a number of media outlets have been reflecting on his illustrious career, which includes six Super Bowl victories.

Brady, a sixth-round draft pick out of Michigan, has rewritten the record books as arguably the greatest quarterback of all time.

And it was a local man, one who earned his teaching certificate at West Chester University after his NFL career ended, who was the first player to sack Brady.

It was Week 6 in 2001, when Bridgeport native Brad Scioli, a defensive lineman for the Indianapolis Colts, dropped the little-known quarterback on a play action at Foxboro Stadium.

“To be honest,” Scioli told Forbes, “I guess it was probably around four or five years ago, I was thinking, ‘I wonder if I was the first one to ever sack him?’”

“Kids will always ask me one of two things now: ‘Who’s the best player you ever sacked?’” he said. “Or, they’ll even ask me, ‘Did you ever sack Tom Brady?’

Scioli finished his six-year NFL career with 15 sacks, but none were more memorable than the one on Brady.