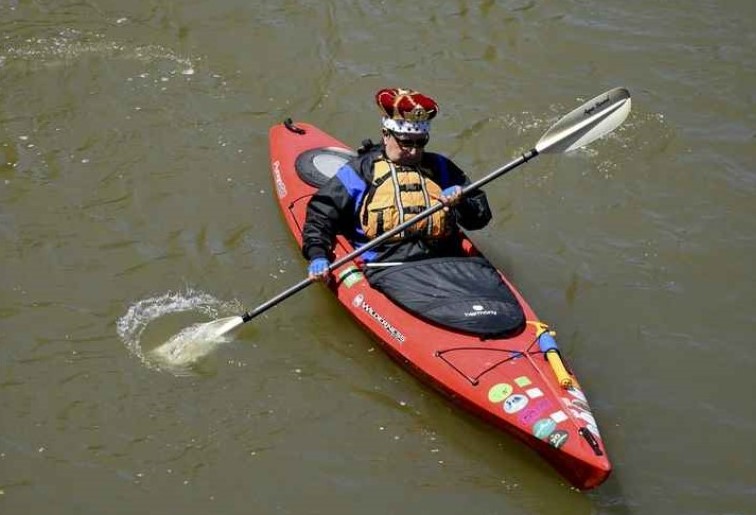 Image of Jim Hilyard via the Reading Eagle.

The event began on June 1 from Schuylkill Haven and is expected to end Friday at Philadelphia’s Dragon Boat Dock.

Around 200 kayakers and canoeists are taking part this year, with 50 of them traveling the full 137-mile length to Philadelphia. The event is organized by the Schuylkill River Greenways National Heritage Area.

The Sojourn also made a stop in Reading to honor Pat Reilly, the late kayak veteran and scout who used to safely guide participants past Pinning Rock. This spot has damaged many a kayak over years, and Hilyard was among the participants who pulled up to the riverbank at Riverfront Park to honor the late scout.

Most paddlers also wore funny hats, as the first day of each year’s sojourn is “crazy hat day,” according to organizers. Hilyard, who wore a red velveteen and gold crown, joined the sojourn because he enjoys the camaraderie between the kayakers on the trip.

Read more about the Schuylkill River Sojourn in the Reading Eagle here.