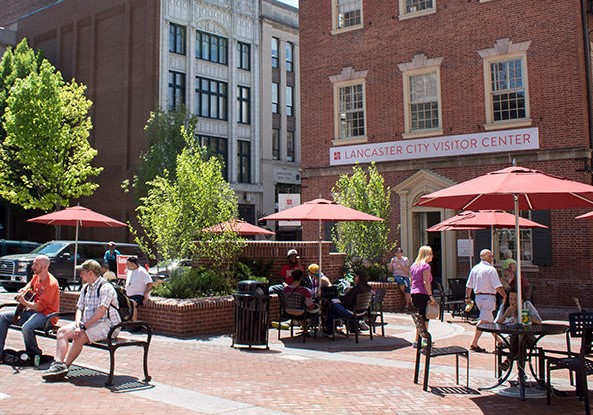 Steve Murray, a local entrepreneur and relentless advocate for arts-based economic development, was one of the original leaders of Lancaster’s renaissance, writes Elizabeth MacBride for Forbes

In the 1980s and 1990s, the historic city had begun to decline. Then, Murray owned a store on one of the main streets selling glitzy clothes and accessories that did not match anything being offered nearby.

But Murray, who died last year, deeply believed that Lancaster was a beautiful place that could be restored to its former glory. He was convinced that big city people would flock to the small downtown for its good restaurants and stores like his.

Decades later, he has been proven right. Lancaster is now a vibrant small city with a growing national reputation as a welcoming place for refugees, while remaining true to its conservative roots. This is in big part thanks to Murray, as now the downtown streets are lined with dozens of galleries, high-end restaurants, and vintage shops.

Now, the Hourglass Foundation, formed by wealthy people who have decided not to abandon the city, is being credited with Lancaster’s revival. But it may never have happened this way without Murray’s persistent advocacy and vision.