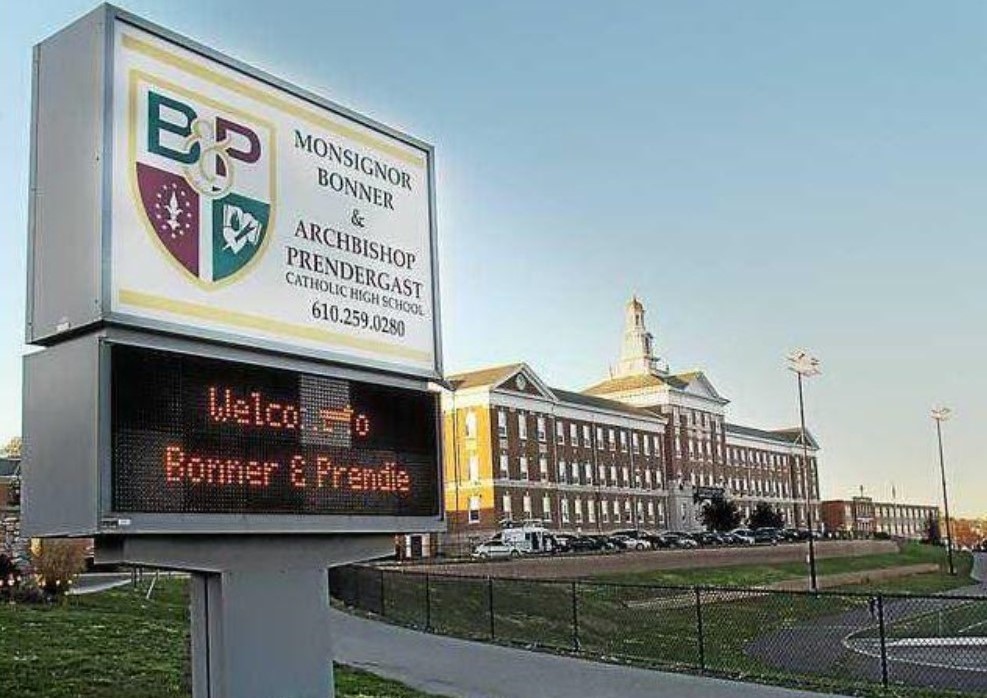 Image via the Daily Times.

Delaware County Community College officials are visiting the college’s 12 sponsoring school districts to convince them to support a $55 million capital improvement bond for a new campus at the former Prendergast High School, writes Kevin Tustin for the Daily Times.

The support of two-thirds of the college’s sponsoring school districts is needed to create a full-service campus at the former high school.

School district debt service to the college will not be affected by the new bond, but the debt service would be extended from 2034-35 to 2038-39.

Plans call for renovating the interior of the former Prendergast building for at least 40 classrooms. The exterior façade will not change.

The school’s auditorium, chapel wing, gatehouse, and convent would be demolished to create parking and a new back entrance.

The hope is the new campus will better accommodate students from Upper Darby and southeast Delco.

Construction would start next spring with a tentative opening in January 2022.

Archdiocesan spokesman Ken Gavin said an agreement of sale has not yet been entered into between the two parties.

Read more about the Prendergast campus in the Daily Times here.