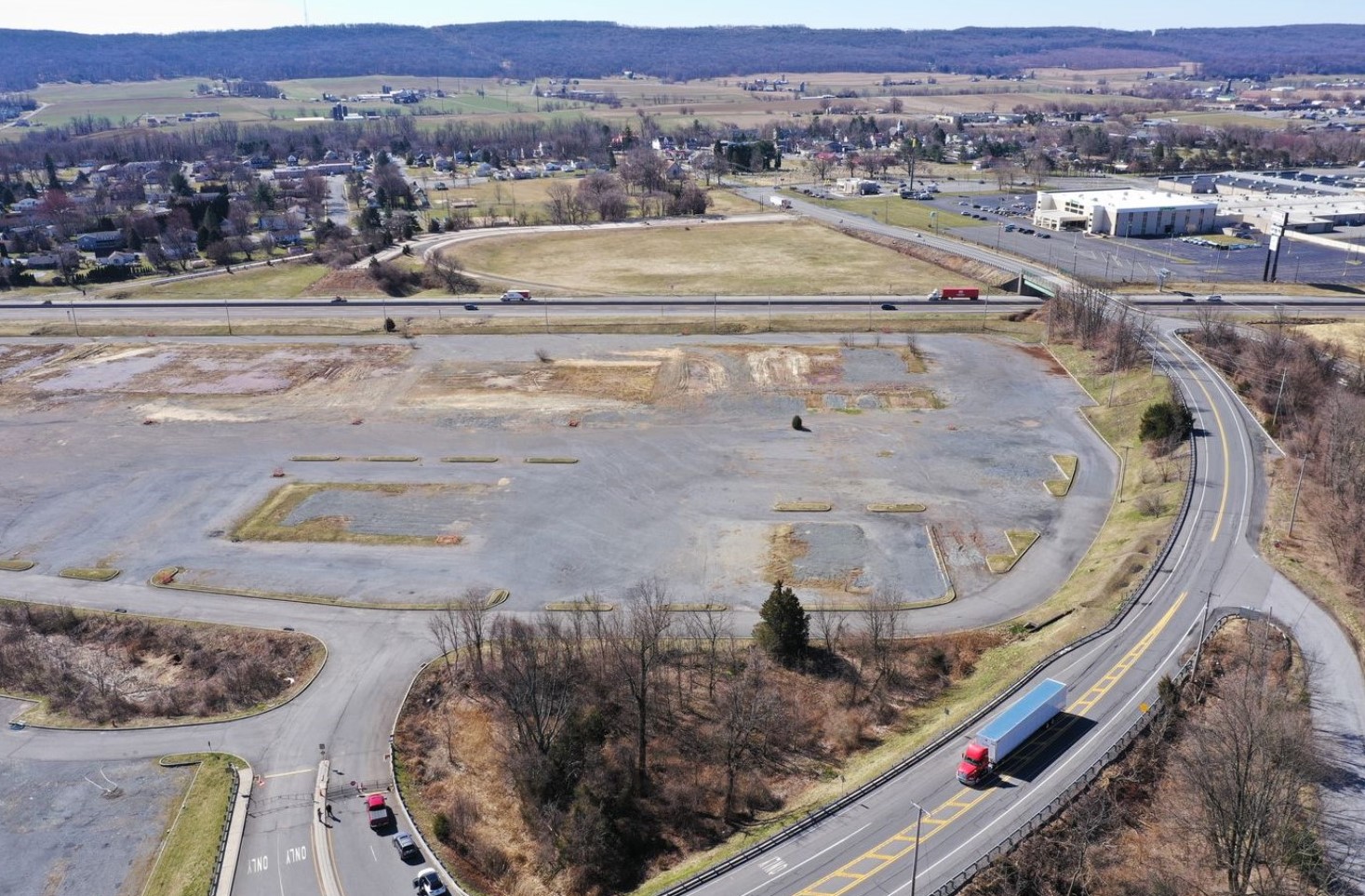 Image of the casino site near the Pennsylvania Turnpike's Morgantown exit via David Swanson, Philadelphia Inquirer.

A proposal to build a casino in Caernarvon Township at the nexus of Berks, Lancaster, and Chester counties is meeting strong opposition from Chester County residents, writes Ron Southwick for the Harrisburg Patriot-News.

Penn National wants to build a $111 million casino in the Morgantown area, just off the Pennsylvania Turnpike. But for the plans to move forward, the Pennsylvania Gaming Control Board must sign off. (The board hasn’t scheduled a final hearing on the project.)

The proposal has plenty of supporters, including local officials, residents, business leaders, and union workers. However, opponents want to ensure the Gaming Board knows that some neighbors are strongly against having a casino in their community.

More than 200 people attended a public hearing held by the Gaming Board in March, where critics significantly outnumbered proponents. Around 1,000 people have also signed a petition against it.

Michele King of Honey Brook Township, which borders Caernarvon, is one of the leaders of the opposition. She believes the combination of gambling and traffic issues make the project incompatible with the area.

“We’re a small town, surrounded by a rural community that just happened to have the right GPS location and have a turnpike exit right here,” said King.

Read more about the proposed casino in the Harrisburg Patriot-News here.