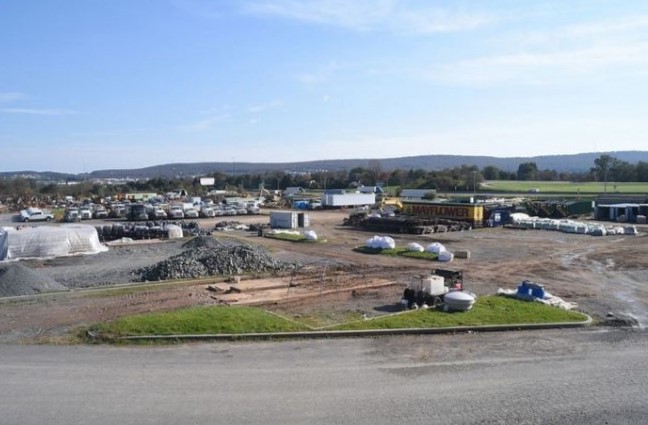 The casino will be built on this 36-acre tract north of the Pennsylvania Turnpike in Caernarvon Township. Image via the Reading Eagle.

A topic of heated debate among advocates and opponents, Penn National Gaming’s proposed satellite casino just beyond the Chester County border in Morgantown has received the green light from Pennsylvania regulators, writes Andrew Maykuth for the Philadelphia Inquirer.

The Pennsylvania Gaming Control Board unanimously voted to grant a license for the Hollywood Casino Morgantown. Now, Penn National expects to start operations late next year.

The so-called mini-casino will cost $110 million to construct and will be around half the size of Penn National’s flagship casino in Grantville. It will feature 750 slot machines and 30 table games, which is the maximum allowed under a 2017 law. The casino will also include a sports betting area, restaurants, and bars.

A number of residents in the politically conservative area that also borders Amish country in Lancaster County have said the mini-casino is an insult to a deeply religious community. However, elected officials from Berks County and Caernarvon Township, where the casino will be located, characterized opponents of the proposal as a minority who predominantly live outside Caernarvon.

Read more about the casino in the Philadelphia Inquirer here.