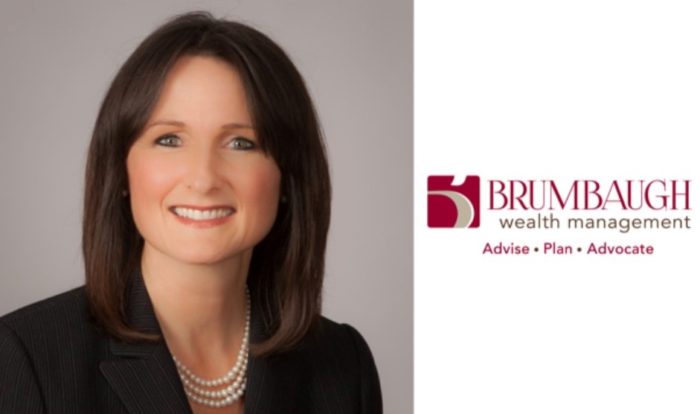 On May 13, escalating trade tensions between the United States and China sparked a worldwide stock sell-off that wiped out more than $1 trillion in global equity values. The markets recovered over the next three days, but tensions between the economic giants continued to drive volatility with no resolution in sight. Investors sometimes overreact to short-term events, but the conflict with China has been simmering for decades, and an extended trade war could have long-term economic consequences.

China was the largest U.S. trading partner in 2018, with $737 billion in goods and services exchanged between the two nations, accounting for 13 percent of all U.S. trade. The fundamental issue is the imbalance in this relationship; the goods and services trade deficit of $379 billion represented more than 60 percent of the total U.S. trade deficit. The U.S. maintains a surplus in services (primarily travel spending by Chinese citizens and software), so the critical concern is the deficit in goods, which totaled $419 billion in 2018 — an increase of 11.6 percent over the previous year.

For years, U.S. officials have accused China of using unfair trade practices to maintain this imbalance, even as China has grown into a global economic powerhouse. Among the most contentious issues are currency manipulation, excessive restrictions on U.S. companies, forced technology transfers, and theft of intellectual property.

In early 2018, the Trump Administration began imposing global tariffs on imported steel, aluminum, solar panels, and washing machines. While these tariffs were intended to stimulate U.S. manufacturing by protecting domestic production, the primary focus soon turned to China. Between July and September 2018, the U.S. imposed a 25 percent levy on $50 billion of Chinese goods and a 10 percent tax on an additional $200 billion of goods, which was set to rise to 25 percent on Jan. 1, 2019, unless China took steps to level the playing field. China retaliated by placing tariffs of 5 percent to 25 percent on $110 billion of U.S. goods, covering almost all U.S. exports to China.

In December 2018, both nations agreed to a truce, and President Trump extended the deadline to raise tariffs. When negotiations broke down in early May 2019, the U.S. raised the 10 percent tariffs to 25 percent effective May 10, and the president threatened to levy tariffs on the remaining $300 billion of Chinese goods. China retaliated by raising tariffs on more than half of U.S. goods already being taxed.

U.S. importers of Chinese goods must pay the actual tax, but the question is who absorbs the additional costs. An academic study of the 2018 tariffs found that Chinese exporters generally did not lower their prices, so part of the increased cost was absorbed by the importers, cutting into their profit margins, and the rest was passed on to U.S. consumers in the form of higher prices. The net cost to the U.S. economy was estimated to be $1.4 billion per month.

A separate study found that prices for nine categories of goods most affected by the tariffs increased by an average of 3 percent from early 2018 to early 2019, while the prices of other goods (excluding volatile food and energy) declined by 2 percent. This study also found that some U.S. manufacturers used the tariffs as an opportunity to raise prices, which is the fundamental purpose of protective tariffs — to allow domestic producers to set prices without being undercut by imports.

The new 25 percent tariffs do not apply to Chinese goods that were already in transit as of May 10, so the effects may not reach U.S. consumers until later this summer. Based on the 2018 tariffs — only 10 percent on most imported goods — the increase to 25 percent will likely raise prices significantly on a wide range of consumer goods from laptops and mobile phones to clothing, furniture, sporting goods, luggage, and fish. Higher tariffs on supplies – such as circuit boards, computer chips, and auto parts – will likely be passed on to consumers as well. A Federal Reserve study estimated that the tariffs will cost the average household $831 per year.

Many U.S. manufacturers and importers are looking for suppliers in other countries and/or moving production out of China. Over the long term, this should reduce U.S. dependence on Chinese products, but the “Made in China” label is so pervasive in the U.S. market that it will be a slow process. Consumers may not notice the difference in products made in Cambodia or Mexico rather than China, but the long-term effect on consumer prices remains to be seen.

The Chinese market is far less dependent on U.S. goods, which gives China less of an edge in levying tariffs but also causes less disruption for Chinese consumers. Agricultural products are a major U.S. export to China, and the Chinese have already shifted to other suppliers, drying up an important market for American farmers. The Trump Sdministration has authorized subsidies to affected farmers, but uncertainty about potential markets has disrupted farming operations.

While U.S. consumers and businesses may bear the brunt of the tariffs in the short term, the U.S. is better positioned to outlast China in an extended trade war. Despite headwinds from trade concerns, the U.S. economy remains strong. One estimate suggests that the 25 percent tariffs may reduce gross domestic product growth by 0.3 percent — enough to slow the current pace but not enough to shift the economy into reverse.

Market volatility is likely to continue as long as investors react to moves on either side of the conflict. However, many other factors also influence the markets, and it would be wise to focus on your long-term investment goals without overreacting to short-term market swings.

All investments are subject to market volatility and loss of principal. Investments, when sold, may be worth more or less than their original cost. Investing internationally carries additional risks such as differences in financial reporting, currency exchange risk, and economic and political risk unique to the specific country. This may result in greater share price volatility.

Kim Brumbaugh, a registered representative of Lincoln Financial Advisors Corp., is the founder and CEO of Brumbaugh Wealth Management, an Exton-based firm that secures people’s financial futures by understanding their unique position and providing personalized solutions for their needs. She started her firm in 2004 with a clear vision to coach clients through complex financial situations and act as a catalyst to get things done. Click here to learn more about Brumbaugh Wealth Management.