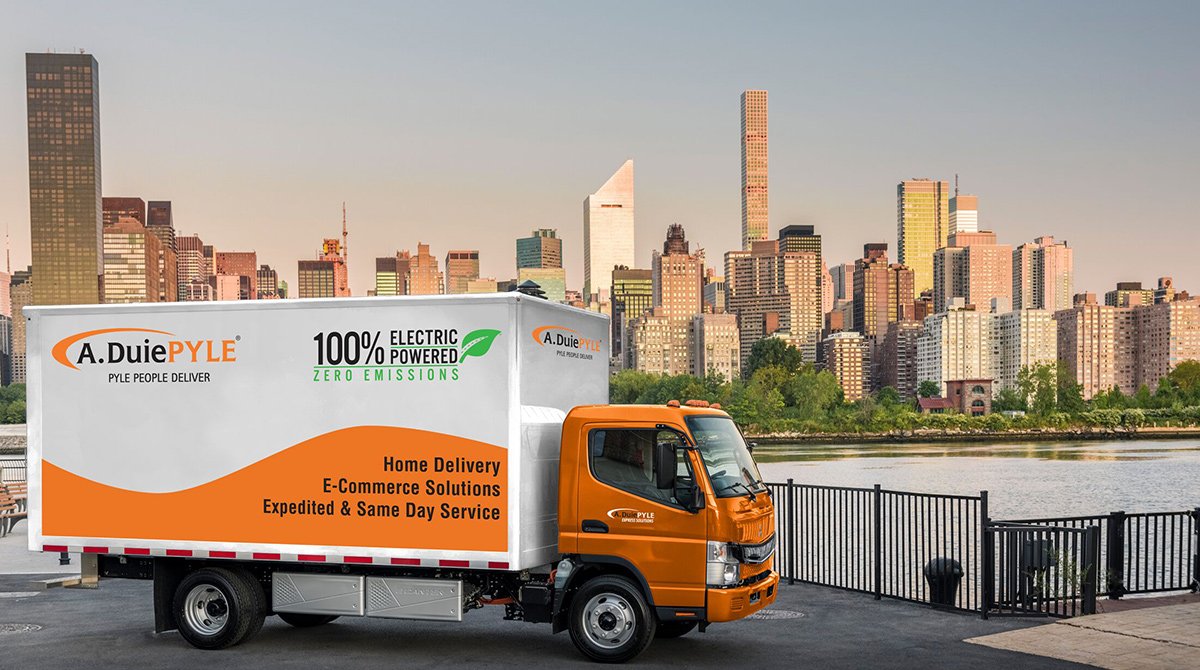 One of the electric trucks West Chester-based A. Duie Pyle has on the streets of New York City.

West Chester-based A. Duie Pyle is stepping up its involvement in electrified commercial vehicles by putting two electric trucks on the streets of New York City, writes Roger Gilroy for Transport Topics.

“We have a number of green initiatives going on in the company,” said Pyle COO John Luciani. “I feel like we are ahead of the curve. I am not aware of any other LTL carriers running these electric trucks in a dedicated P&D operation.”

The new additions to the fleet will haul general commodities. Each battery electric truck is expected to accumulate around 15,000 miles a year traveling around the city and its five boroughs.

However, the Fuso trucks were not available for purchase. The carrier had to lease the vehicles for 24 months, which is the first time the company has leased equipment.

“This was the only way to be engaged, so we accepted to see how the trucks hold up in an urban environment,” said Luciani.

Read more about A. Duie Pyle in Transport Topics here.