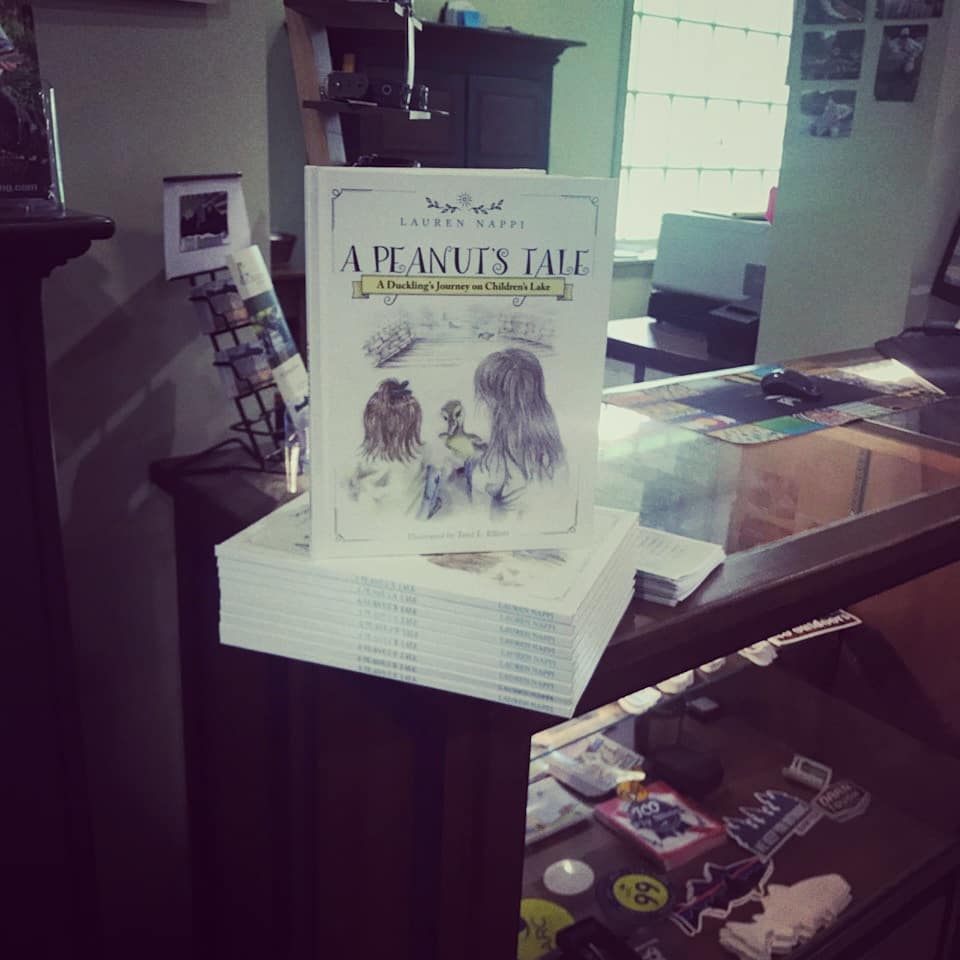 West Chester illustrator Terri Elliott has joined forces with her daughter, Lauren Nappi, to preserve childhood memories of an endearing duckling in their children’s book, according to a report in The Carlisle Sentinel.

A Peanut’s Tale: A Duckling’s Journey on Children’s Lake is inspired by Elliott’s adventures with a duckling she and her brother Greg found near the Children’s Lake in south-central Pennsylvania. The pair took care of it when it seemed lost, and the little bird soon found its way both into their hearts and home.

Elliott shared the love of Children’s Lake, the center of Boiling Springs, with her children as they were growing up. They often visited the lake to feed the ducklings and swans from the shore.

The book was written by Nappi and illustrated by Elliott. It tells a heartfelt story of two girls who find a duckling that wandered away from the safety of the lake. It highlights the rewards of opening your home to a creature in need and the love gained in return.

The book was released last month by Book Baby.

Read more about the book in The Carlisle Sentinel here.