Phoenixville Woman Takes on Region’s Most Loathed Adversary: ‘It’s War in My Backyard’ 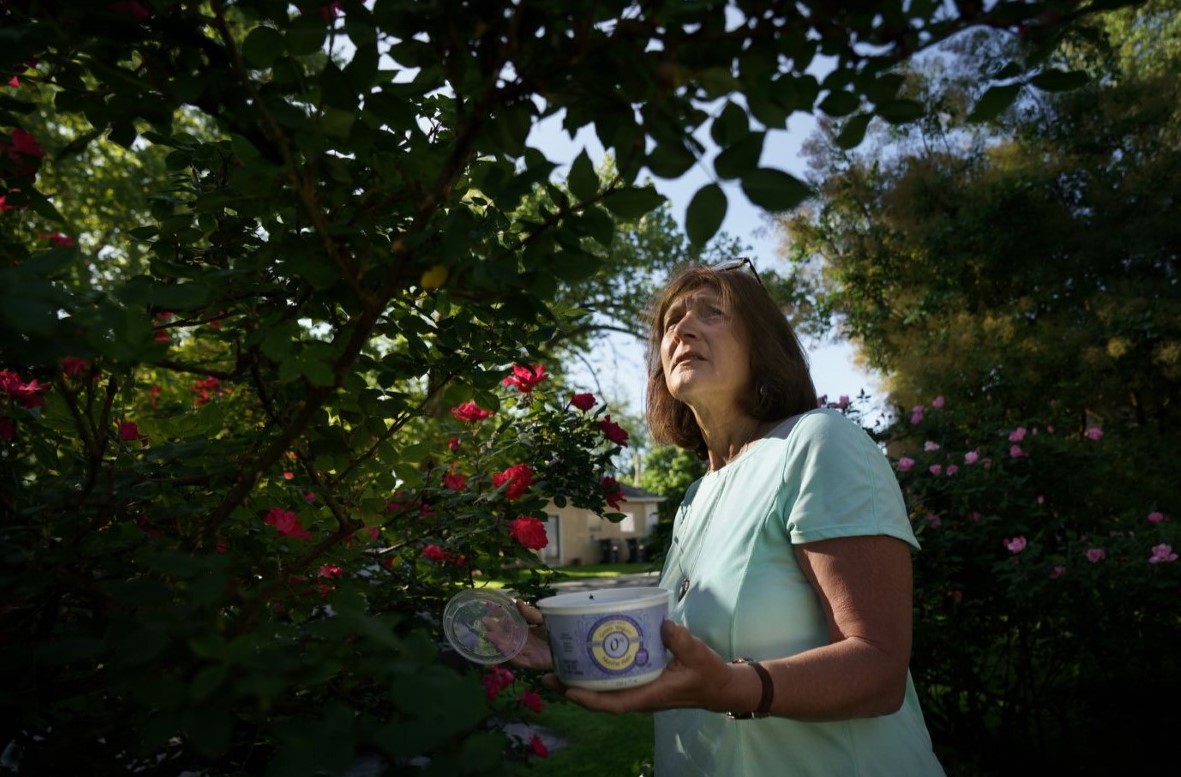 Phoenixville resident Lorraine Phillips is fighting one of Southeastern Pennsylvania’s most loathed adversaries, the spotted lanternfly, with a homemade concoction, writes Maria Panaritis for the Philadelphia Inquirer.

Phillips found her garden infested with a bug that first arrived in Pennsylvania from Asia five years ago and has immediately taken matters into her own hands.

“I’ve killed probably over 1,000 in the last two days, and every time I look, there’s more and more,” said Phillips. “It’s war in my backyard.”

Killing as many spotted lanternflies as possible in all stages of development right now is of crucial importance, according to the Pennsylvania Department of Agriculture. This will keep them from laying eggs later this year.

Scientists are still working on finding a reliable way of containing the pest that could cause billions of dollars in damage to Pennsylvania crops. Until that happens, people are finding their own ways of dealing with the pest.

Instead of using bleach or gasoline, which can backfire, Phillips uses a 16-ounce Greek-yogurt container filled with apple cider vinegar, dish soap, and water. She scrapes scores of baby flies off her plants into the container with its lid. The process is time-consuming but effective.

Read more about Lorraine Phillips in the Philadelphia Inquirer here.