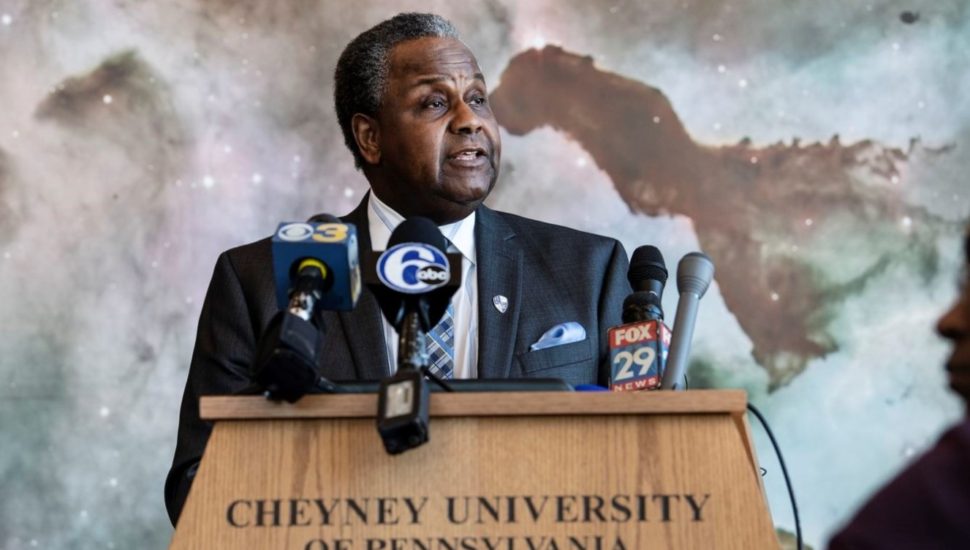 Walton, 72, is nearly halfway through his four-year commitment to Cheyney.

He was retired from healthcare provider Highmark for eight years, before being lured back to work by Cheyney to bring a new perspective to the struggling school.

Since he joined the university, Cheyney has made progress. But it is still in a tenuous position after being put on probation four years ago by the Middle States Commission on Higher Education. It may also have to repay nearly $30 million in federal aid money due to potential irregularities from previous administrations.

But Walton is excited about Cheyney’s possibilities.

“The vision for this university is that it strives for excellence in academics, character, and social responsibility,” he said.

He has also gained confidence after the commission extended the probationary period for an additional year.

Now, Cheyney is developing partnerships with companies such as Starbucks and West Chester-based Epcot Crenshaw. It has also teamed up with Thomas Jefferson University to study healthcare issues in Philadelphia.