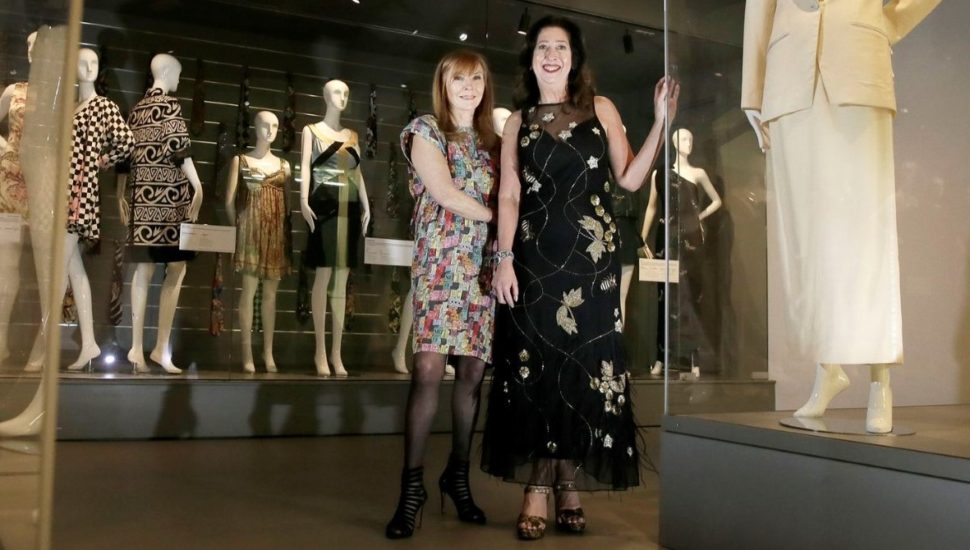 Drexel University’s URBN Center is hosting the first comprehensive retrospective of Nicole Miller’s work, with most from the private collection of West Chester native Mary K. Dougherty, the owner of Nicole Miller boutiques in Manayunk and Center City, writes Elizabeth Wellington for the Philadelphia Inquirer.

“A Philadelphia Store-y: 25 Years of Nicole Miller Philadelphia” attracted more than 150 of Philadelphia’s most-stylish elite for the opening.

The exhibit, featuring more than 40 head-to-toe outfits, is on display in Drexel’s Robert and Penny Fox Historic Costume Collection Gallery, with nearly all the pieces donated by Dougherty.

Among the designs is a slinky camouflage print that Dougherty wore to the Academy Ball in 1998, along with other dresses worn by Philadelphia fashionistas to different events.

“If these dresses could talk, the stories they would tell,” said Dougherty.

There is also the green leather jacket with jeweled soaring birds designed in advance of the Eagles’ Super Bowl win.

The exhibit will run throughout August.

Read more about the retrospective in the Philadelphia Inquirer here.