Image of Alan Miller via Freedoms Foundation at Valley Forge.

Among the event’s honored guests will be recipients of the 2019 Distinguished Citizen Awards, Alan B. Miller, the founder, chairman, and CEO of Universal Health Services, and the Connelly Foundation.

Freedoms Foundation is a nonpartisan educational institution that promotes an understanding of the spirit and philosophy of America’s founding documents and the rights and responsibilities of citizenship. About 1,500 students and 400 teachers annually visit its campus for programs on history and civics. Proceeds from the April 15 gala will go toward scholarships that will allow educators from across the country to attend Freedoms Foundation’s 2019 summer graduate courses. 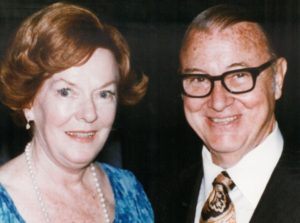 In 1979, Miller founded Universal Health Services, one of the nation’s largest and most respected hospital management companies. Headquartered in King of Prussia, UHS has more than 83,000 employees and owns and operates more than 350 facilities in the U.S., Puerto Rico, and the U.K.

Miller, an Army veteran, has been lauded as one of the “100 Most Influential People in Healthcare” and honored by numerous organizations and institutions for his commitment to quality healthcare, philanthropy, and entrepreneurship.

The Connelly Foundation, founded in 1955 by John and Josephine Connelly, has invested more than $500 million in helping the people of the Philadelphia area, supporting those whose leadership can bring positive change to their communities. From the start, the emphasis has been on increasing access to higher education, strengthening Catholic schools, and providing help and opportunity to the needy.

Among the guests at the April 15 gala will be three recipients of the Congressional Medal of Honor:

Freedoms Foundation is home to the 42-acre Medal of Honor Grove, which honors, individually and by states, each of the more than 3,500 recipients of the nation’s highest award for valor.