Don’t Miss the Beautiful Bromance That Is Dirty Rotten Scoundrels 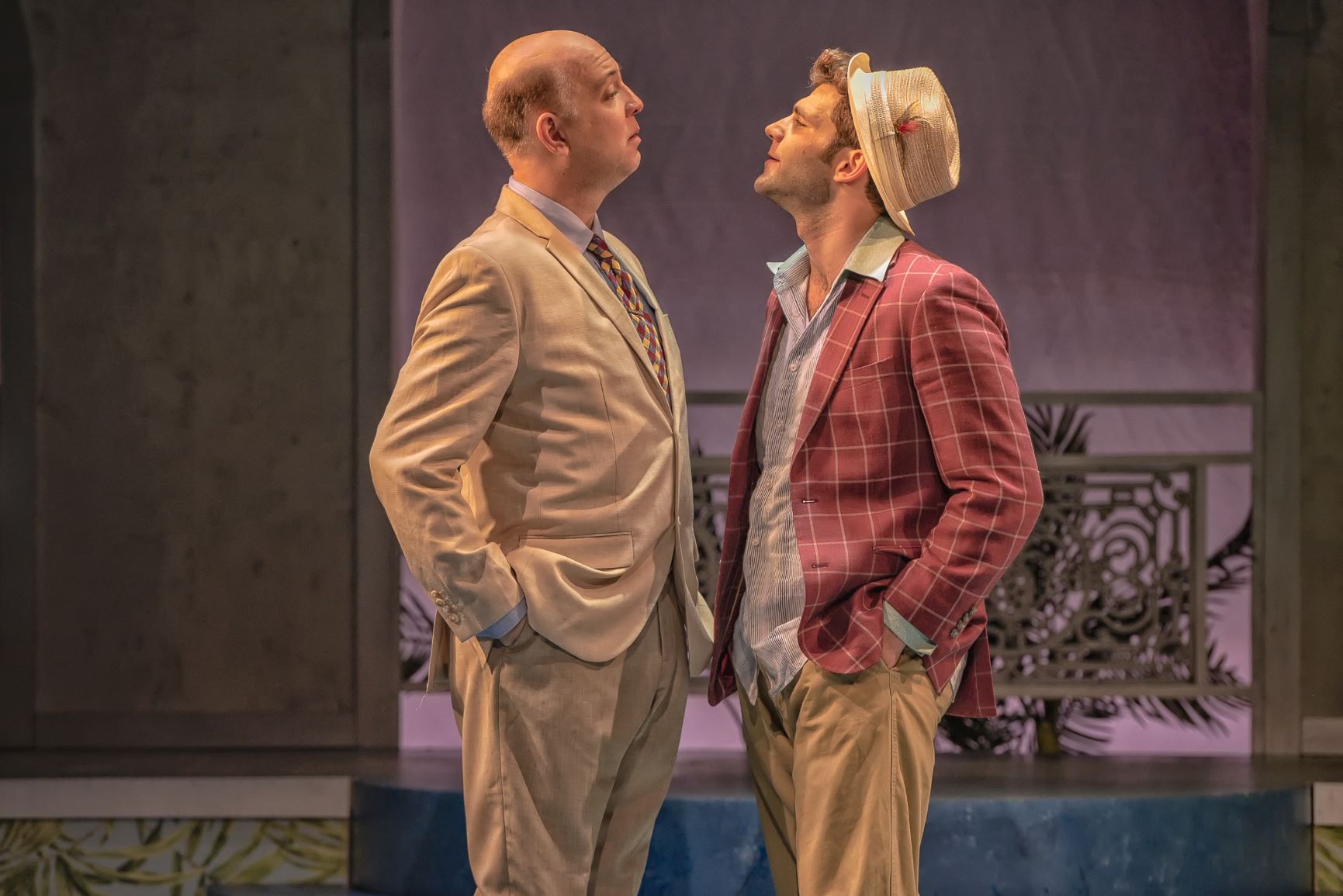 And beautiful it is. Consider date night sorted, whether its friends, family or a special someone. Put away the DVD (or your Firestick®) for now and give Resident Theater Company’s Dirty Rotten Scoundrels on stage at West Chester’s Uptown! Knauer Performing Arts Center the opportunity to charm you anew.

But first, grab your vaudeville-style cane hook and drag Mr. Martin right out of your head. (Warning: you may need to do this with a friend.)

If you haven’t seen the Steve Martin version (oh yes, that movie…) or can’t recall the detail – hold off and simply enjoy this lively musical tale of a couple of scoundrels, making their livings on the hoof and giving the people what they want. You won’t be disappointed as Director Kristin McLaughlin Mitchell generates a whole lot of magic with this fast-paced and funny enactment.

Christine Colgate (played by Bailey Seeker), with help from the Ensemble, makes her entrance in ‘Here I Am.’

Mitchell and I sat down for a chat between the first and second act and I had the opportunity to ask her a few questions. Did she already have actors in mind when she chose Dirty Rotten Scoundrels? Well, it turns out that lead characters Mark Woodard (playing Lawrence Jameson) and Lukas Poost (Freddy Benson), had, in fact, pitched the show to her.

“Talk about chemistry,” Mitchell said. Turns out these actors were already carrying a bromance-style torch for each other and seeking an opportunity to work together again. The pair (so tempted to use ‘couple’ here) had appeared in the Resident Theater Company’s 2017 rendition of Spamalot, with Woodard starring as King Arthur and Poost as his ‘brave’ Sir Robin.

According to Mitchell, she’d been looking for a broad comedy with fabulous music and an enjoyable story-line. And of course, who could forgo the opportunity to bring back Woodard and Poost together?

Truly charming, Dirty Rotten Scoundrels sucks you in with its selection of characters who play characters aiming to deceive other characters.

Without triggering a spoiler alert (see more detailed plot here), it’s tough to figure out who’s not glibly sporting some sort of mask here; which is, of course, the hook of the story.

On top of that, its not your typical musical set up of guy-meets-girl romance plus secondary-guy-meets-secondary-girl for comic bickering and then romance, though some of that does happen. The main relationship is between the two male leads, Lawrence Jameson and Freddy Benson – a beautiful affair that sprouts and blooms before your eyes.

This is where I come back to NOT watching the movie in advance. Save it to rekindle your sweet memories afterward, and let this piece unfold as planned. It will be worth it.

I asked Mitchell who, among the cast, was most like his or her character. With a chuckle, she started with ‘all’ but then amended that to, “Well, no, really none of them. They’re all playing so many parts each, such layered characters.”

But I’m guessing there’s a little bit of something in every one of them, as each cast member seems to get to the heart of his or character. Is that acting or just a bunch of people having a whole lot of fun?

For example, Sarah Solie (Muriel Eubanks) grabs you in Act I with her pairing of fabulous singing and comic timing. With a sprinkling of one-liners and a scatter of inuendo, she carries the audience’s attention faithfully through to Act II.

But then, BOOM, comes Bailey Seeker (Christine Colgate), the soap princess herself, with a powerful voice and presence. And this is after Woodard and Poost have already scrupulously captivated you.

At the break, audience members could be heard commenting that it was “thoroughly enjoyable,” “hilarious,” “so funny,” and “now, you have to see the movie,” plus one “they did so much with so little…” You will not be able to resist the antics.

Everyone is faking something as the troupe creates a reality that draws the audience in. The music is great, maybe with the exception of the final song which somehow lands a little awkwardly in places. But by then you’ll be totally sucked in and will forgive them completely.

My parting interview question for Mitchell was about what theater-goers will be thinking about on their way home after the show. She promptly noted, “The songs – people are telling me that the songs really stick in their heads.”

The songs were definitely fun, but what really captivated me was the aforementioned interaction across the entire cast. I couldn’t stop smiling at the fun-loving silliness of it all. And with that, ‘What Was a Woman to Do?’

See it before it goes – final performance April 14. 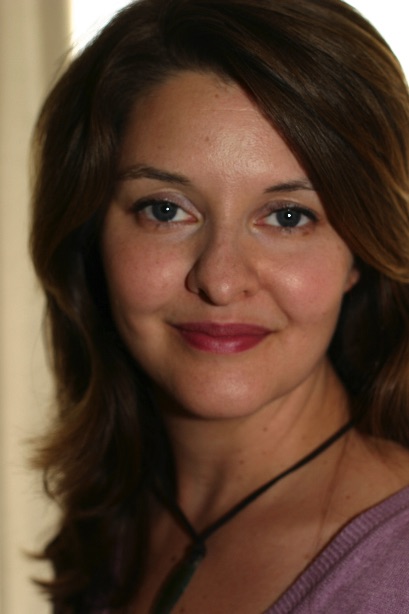 Kristen Lazur is a Greater Philadelphia-based writer and seasoned strategic global communications leader. Her passion is storytelling and connecting people with ideas.