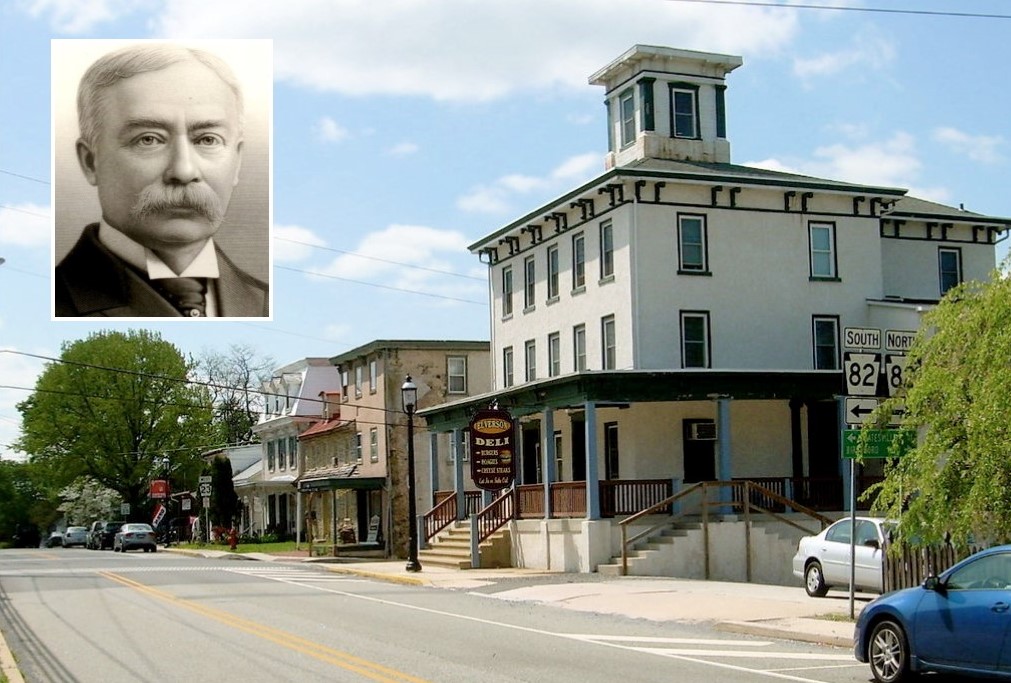 Elverson was named in honor of former Philadelphia Inquirer owner James Elverson, inset, who donated a stained-glass window to a church in town in 1899. Background image via Wikipedia.

Although most people know Pennsylvania is named after William Penn, the subjects behind the names of some local towns aren’t so well known, writes Sandy Hingston for Philadelphia magazine.

Several locations in Chester County were named after important historic figures, but the origins of the names for some are still contentious.

For example, Downingtown was named after John Downing, a Quaker businessman who emigrated from England to the Philadelphia area. Elverson honors former Philadelphia Inquirer owner James Elverson, who donated a stained-glass window to a church in town in 1899.

Honey Brook’s name was the result of the poorly translated name of a Welsh town. Meanwhile, Lionville got its name because Red Lion, the name of the local inn, was already taken by a town in York County. At that time, Red Lion was the most common name for pubs in the U.K. and refers to the heraldic Red Lion of Scotland.

While some believe Exton was named after a number of towns in the U.K. with the same name, others believe that the town at the crossing of Route 100 and Route 30 was named for the X that intersection forms on the map.

Read more about how these local towns got their names in Philadelphia magazine here.