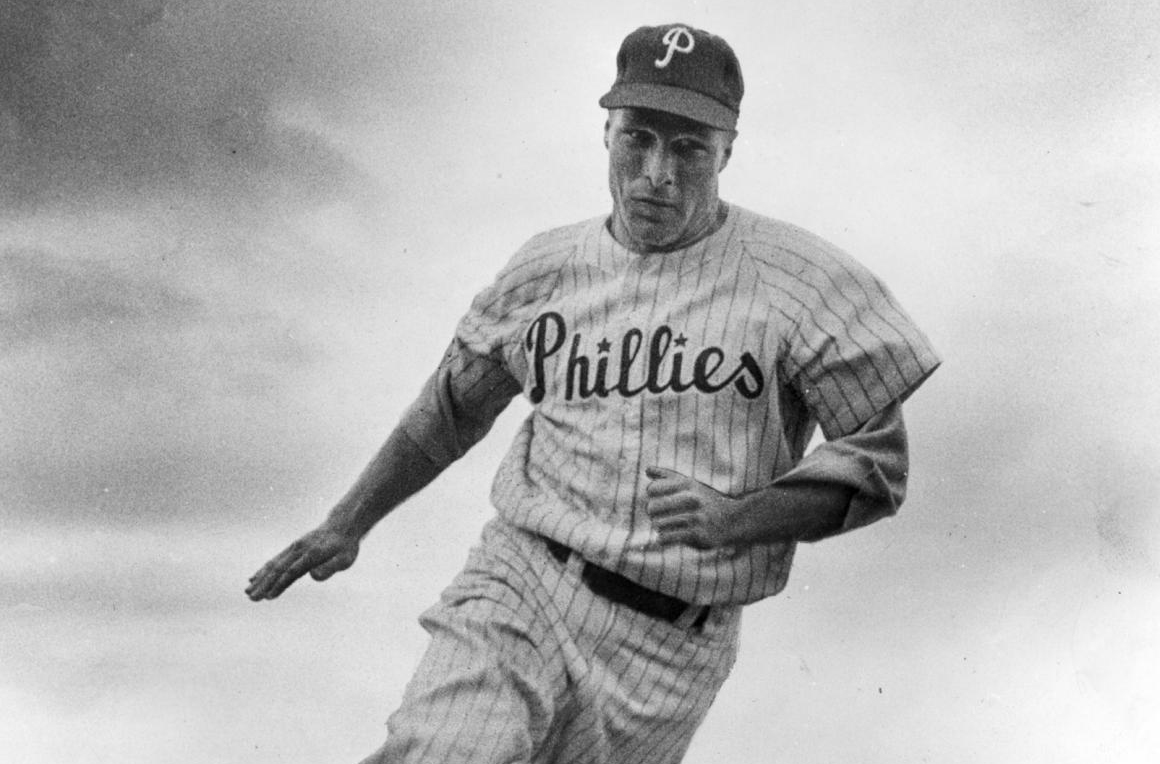 Richie Ashburn running the bases in the 1950s for the Phillies. Image via the Baseball Hall of Fame.

Editor’s Note: We asked Chester County’s Bruce Mowday, an accomplished writer and historian, to revisit the origins and motivations behind a handful of his books. Mowday’s latest book, Stealing Wyeth, will be published in August.

As a kid, my Dad took me to old Connie Mack stadium and I watched Richie Ashburn play centerfield for the Philadelphia Phillies. Later, I began my professional career as a sports writer but never anticipated writing a sports book, let alone one on a Philadelphia legend.

One day, I went to the new Phillies stadium, Citizens Bank Park, to watch the Boston Red Sox play. I didn’t pick the game or the seats. They were given to me. I went early to watch batting practice and started talking to the usher for the section where my seats were located. His name is Jim Donahue, and he loved his retirement job. He loved baseball, and he loved to talk.

I didn’t realize at that point that ushers are rotated from section to section after a number of games. So, to be clear, I’m at the ballpark only because the tickets were given to me and the usher happened to be assigned to my section that day was Jim. That’s a big coincidence.

At the end of our conversation, Jim asked me what I did for a living. “I write books.” He said, “I have a book for you.” Lots of people make that comment to me, but Jim really had a great book idea. 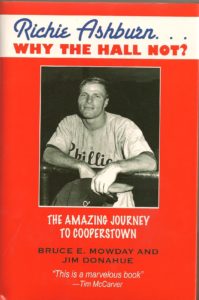 Mowday’s book Richie Ashburn …Why the Hall Not? was published in 2011.

Jim had seen Richie play as a kid and even had a chance to meet him. Later, when it looked like Richie was not getting into the Hall of Fame, Jim saw Richie at a sports memorabilia show and volunteered to help Richie get elected to the prestigious hall. Richie said Jim was “nuts” but if Jim wanted to waste his time, he could do so.

That night, Jim dreamt up the “Why The Hall Not” campaign. For years, Jim camped at Sunday afternoon Phillies games getting signatures for his petition to Major League Baseball. He was relentless in promoting Richie on radio and television. Jim and Richie became friends, and when Richie was inducted into the Hall of Fame, Jim was Richie’s invited guest.

Doing the research and writing of the book was like being back in my childhood. I spent days at the Hall of Fame and talked to members of the Ashburn family. Phillies officials helped with the research, and I even got to interview another baseball legend, Tim McCarver.

The Richie Ashburn book found me, like so many of my other books.