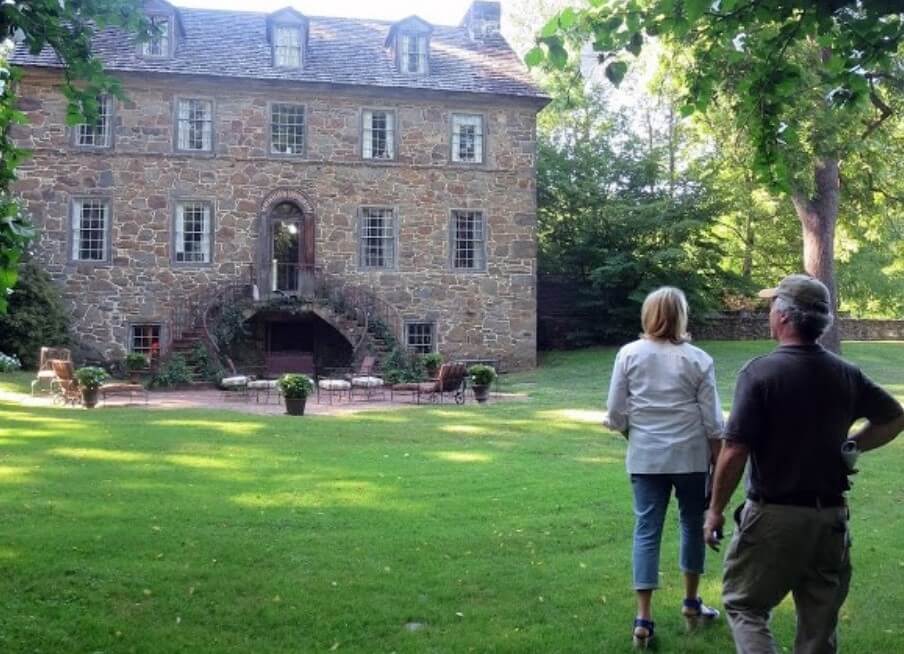 The centuries-old Big Bend Farm in Chadds Ford that was once owned by renowned artist George “Frolic” Weymouth is being revived by his son, writes Jim Graham for Main Line Today.

The farm used to be an early European outpost in the mid 1600s. It is unknown who rebuilt it as a house, but it may have been Harry Gordon, a Scots officer in the Royal Engineers. He was the owner of the farm from 1763 to 1775.

Since then, the property changed hands several times, before being abandoned in 1925. It was rediscovered by Weymouth when he was hunting by the creek. It impressed him so much that he acquired the property in 1961, and began restoring it, using period pieces to preserve its historic character.

Now, his son Mac has put Richard Buchanan of Archer & Buchanan Architecture in West Chester in charge of restoring the interior. To preserve the exterior, Weymouth has erected a façade easement that helps keep the property’s historic character.

There is no set date for the completion of the renovations.