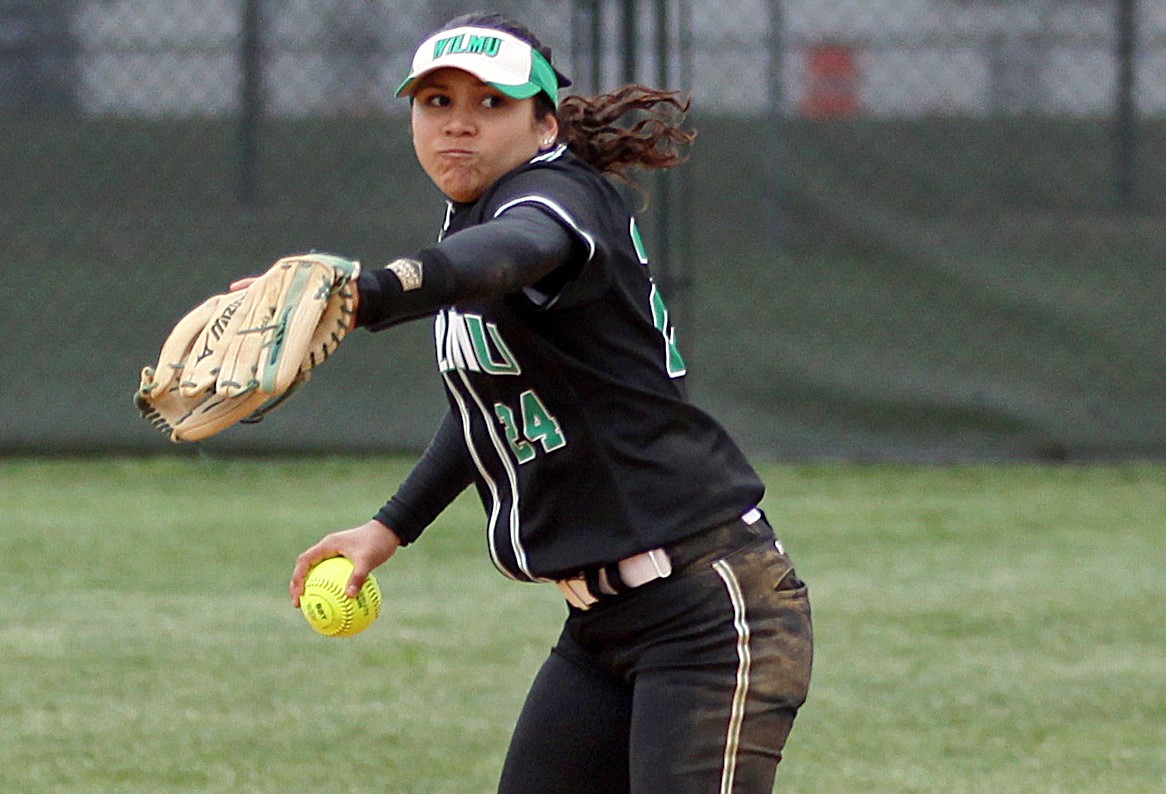 Alyssa Velasquez, shortstop on the Wilmington University softball team, hails from California. Which, believe it or not, is not at all unusual. Coach Mike Shehorn has created a California pipeline, and eight members of the 2018 squad list the Golden State as home.

If you’ve never heard of those tribes, don’t be surprised. Velasquez says there are more than 500 officially recognized tribes in the U.S.

Born and raised in Indio, Calif., she says that her great-grandfather moved to Indio for work “because he was in the golf course business and that is where the majority of the golf courses were at the time.”

“Since then,” she said, “my family hasn’t moved back to the reservation, which is two and a half hours away from Indio.”

Coached by her dad, Velasquez has been playing softball since the age of 4. She was influenced to come to WilmU by teammate Caitlyn Whiteside, another California product, who is one year ahead of Velasquez, a junior.

“I love Wilmington University,” she said. “The campus is beautiful, the softball field is great, and the softball program is amazing. I love my coaches and teammates. They are my second family. My coaches are awesome and funny, and my teammates are my softball sisters. It’s my home away from home.”

Shehorn explains the California connection this way: “When I took over as the head coach in 2013, I wanted to see how far I could stretch the boundaries of recruiting. Subsequently, we were able to land a couple Cali kids, and they have had great experiences. And they have been our best recruiters; they spread the word about us on the West Coast.”

“As for Alyssa,” he said, “she’s an amazing person, player, and teammate. She’s a student of the game who has been raised around the game. Her dad and summer coaches have taught her how to play the game rather than allowing the game play her. She has started at shortstop for us since her freshman year and has continued to blossom.”

“I enjoy teaching these young girls this wonderful sport, and I tried to be a good role model for them,” she said. “And I hope I can inspire them to continue their education and pursue their dreams of playing college softball. Maybe even play or attend Wilmington University.”