Home Archive If This Wall Could Talk! Special Wall at Chesterbrook-Based Deacom Tells Story of Company

If This Wall Could Talk! Special Wall at Chesterbrook-Based Deacom Tells Story of Company 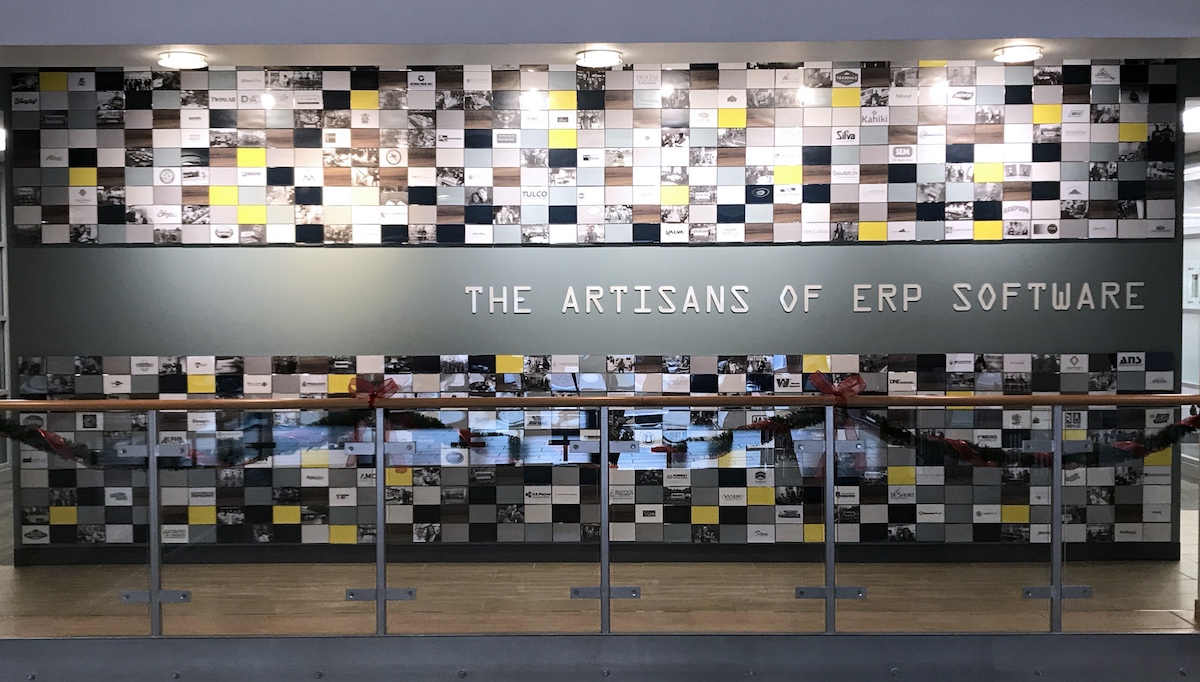 “The Artisans of ERP Software” wall at Deacom’s headquarters in Chesterbrook is more than just a cool-looking decoration. It tells the story of the company, its values, and its roots, writes Kelly Peters for Technical.ly Philly.

When the building was being designed three years ago, the company was trying to find creative ways to visually showcase its history in the new headquarters. The goal was to make sure visitors learned about the company without having to say a single word.

The winning idea was a photo wall that showcases pictures from the company’s history that best represent its values.

Among them is a photo of the company’s founder and CEO, Jay Deakins, from 1995. In it, Deakins is holding his daughter, Caroline, when she was a baby, while writing some of the first lines of Deacom’s code.

Another photo depicts the custom-made bobbleheads presented to employees who go above and beyond. The wall also showcases the logos of customers who are a big part of Deacom’s success.