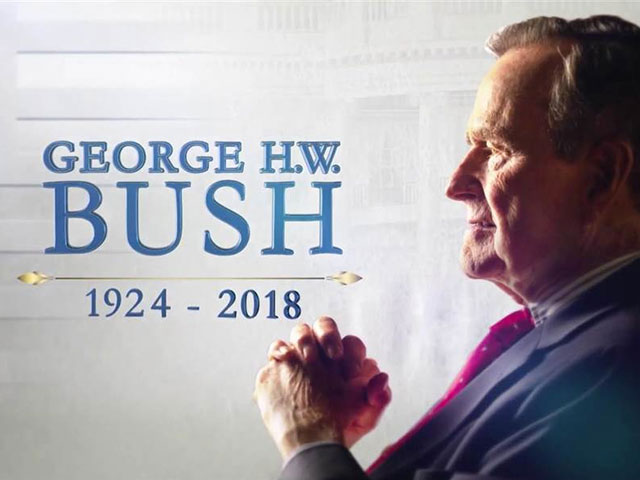 With the news of the death of George H.W. Bush, the 41st president of the United States, many Americans have taken the time to recall his four years in office and reflect upon his legacy.

The ceremonial final goodbyes to Bush the Elder are a complex matrix of funerals and other gatherings in both Texas and the nation’s capital. (Yes, presidents have more than one funeral.) What may surprise some is that the communications surrounding these upcoming events are coming out of Chester County.

Joe Warner and his staff at 20/10 Solutions, a full-service design and marketing agency in West Chester, was long ago tasked with creating this communication process and procedure.

The George Bush Presidential Library Foundation – a nonprofit established in 1991 in College Station, Texas, and dedicated to preserving the historic legacy of George H.W. Bush – was impressed by 20/10’s high-quality work in 2014. At that time, 20/10 won a bid to create an interactive website that served as a fundraiser for the Library Foundation on Bush’s 90th birthday. That site – HappyBirthday41.com – enabled visitors to design socks in honor of the President, who was known to wear his own brightly colored, unique pairs.

“Membership of the Library Foundation was steadily declining,” said Warner. “Its constituents were getting older, and younger people, when they hear the Bush name, they think of his son, ‘W.’

“They wanted to make a splash on Bush’s 90th birthday in order to bring awareness to the Library Foundation. We came up with the idea of a website where you could wish the President happy birthday and design a sock. If the President liked the design, it would be produced and used for additional fundraising efforts.”

Bush’s granddaughter Jenna liked the site so much that she decided on a whim to get it promoted on The Today Show.

“They told us the day before it was going to be plugged on live television,” said Warner. “At the time, the website resided on a small server since the URL was only going to be promoted via a fundraising letter mailed to approximately 15,000 donors and prospects. We just weren’t expecting the site to be demoed to a national audience.

“We quickly scaled. Our developers prepared the website for (traffic) impact.” 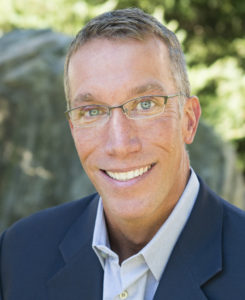 As expected the next morning, Today host Tamron Hall introduced HappyBirthday41.com to the entire nation.

“She literally demos the site on live TV, as I am watching, pacing, hoping to God nothing goes sideways,” said Warner. “She starts clicking through the options and designed a sock in real time. It worked seamlessly. Traffic immediately skyrocketed.

“We then set up #HappyBirthday41 on Twitter, and we were trending No. 4 on Twitter for that day. Twitter, of course, is global. Not just the U.S.”

“That was a big undertaking because each was run by two different entities,” Warner said. “There was a lot of coordination to get these two teams to work together for the cause.”

Eventually, the time came when President Bush’s camp had to turn its attention to future funeral arrangements, as the world saw him in February 2017 in a seemingly fragile state at Super Bowl LI in Houston. Bush’s people solicited the help of 20/10 in creating the collateral (announcements, invitations, and such) for the multiple events associated with his death.

Which wasn’t an easy task, considering those events – seven in all – will basically be a gathering of dignitaries, celebrities, and other VIPs.

“My staff and I had to get security clearances since we were dealing with top-secret information: the addresses, phone numbers, e-mails of some very important people, like princes and princesses,” Warner said. “Everyone wanted these invitations to be on a website, and the link would be shared with only certain people.

“But we were concerned about hacking. Nancy Reagan’s funeral website was hacked, and what turned out to be a ceremony for 200 people ended up being attended by 20,000.”

So, with the elevated risk, the decision to eschew the electronic dissemination of the information was jointly made in favor of printed materials.

And now, with George H.W. Bush’s passing, we now know that 20/10 Solutions in West Chester has played a role in a significant part of American history.

“I remember when he was inaugurated,” said Warner. “If someone would’ve told me then, ‘By the way, in 30 years, you’re going to have a hand in this,’ I would have never believed it.

“It’s pretty cool that a small band of people who have nothing to do with Washington, D.C., were connected to such a historic event.”