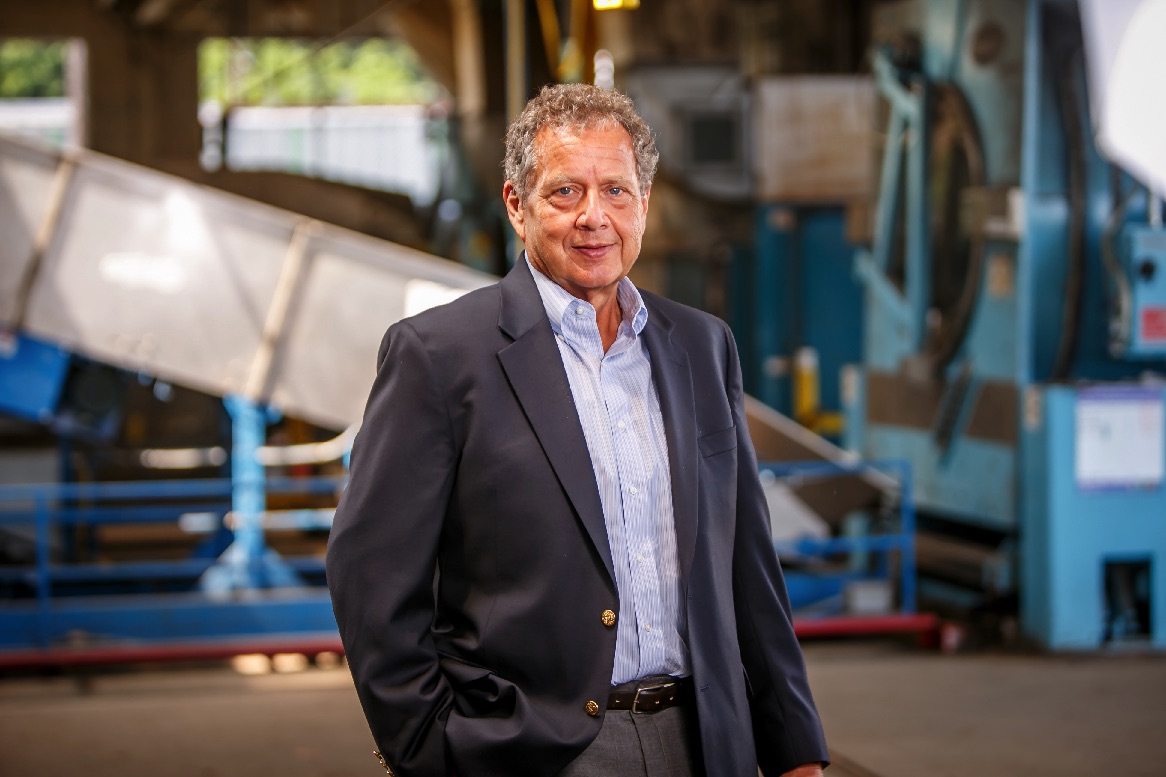 By the time he was a junior in high school, Vince Del Rossi, Owner and President of Health Mats, was a self-made man. When he was 16 years old, Del Rossi turned his father’s diaper delivery service around while his parents summered at the Jersey Shore, then partnered with his father to grow a fledging mat business his father launched when disposable diapers came along in the late 1960s. As the mat business grew, Del Rossi bought his father out, moved the business to Chester and the rest, they say, is history.

At Health Mats, Del Rossi’s company is getting ready to celebrate the company’s 50th Anniversary in 2019. He spoke to VISTA Today about growing up in Glenolden in Delaware County, how his parents decision to leave him in a desegregated high school while many of his classmates fled to private schools impacted his life and management style, and how poor health kept him out of the draft and service in the Vietnam War.

Del Rossi also talks about how his company is winning business in a competitive marketplace dominated by national competitors with long-term, locked-in customer agreements and why Health Mats is partnering with the Philadelphia Eagles and 30 other Delaware Valley companies to fund autism research.

Where did you grow up, Vince? 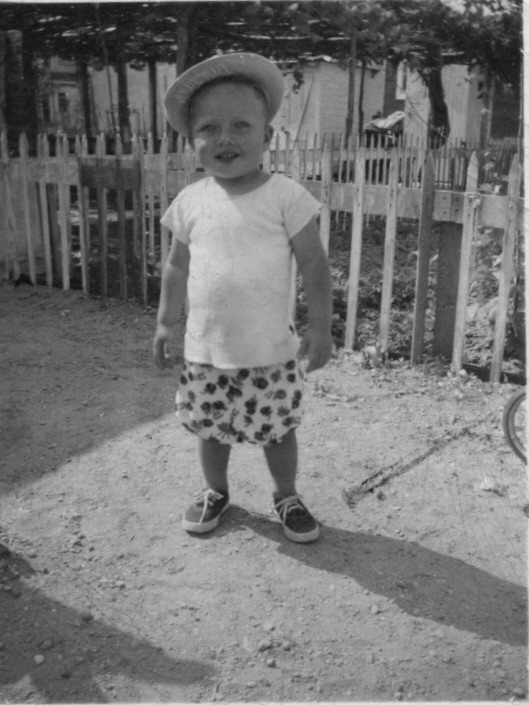 I was born the oldest of five children in South Philadelphia in 1949. My parents moved us to the Logan section of Philadelphia when I was three and then to Glenolden in Delaware when I was 12-years-old.

My mother was a stay-at-home mom who sometimes waitressed; my father worked for a diaper delivery company and then started his own company called Tiny Tikes Diaper Service, a business he ran until Pampers came along in 1968.

What memories do you have of growing up in Glenolden?

I lived in a great neighborhood and had a lot of nice friends. One of most interesting memories is about Darby Township Jr / Sr High School, a school that no longer exists. When I moved to Glenolden in the early 60’s, the school was an all-white school in a middle-class neighborhood.

In 1965, when then-President Johnson ordered schools across the country to be desegregated, my high school turned into a mostly black high school. Virtually every white parent took their kids out of the school and sent them to Bonner or O’Hara, nearby Catholic high schools. I stayed along with a couple of friends all the way through graduation.

What did you learn from that experience?

What I learned, and it’s a lesson I’ve never forgotten, is while the cultures might be different, everybody has the same wants and desires no matter what their skin color!  Today, two-thirds of Health Mats’ workforce is African American, and there’s nothing racial about it. We operate as a team.

What kind of music were you listening to in high school?

My early music was Elvis Presley then the Beatles. Once I got a job and involved in the working world, I was running my father’s diaper company at the age of 17; music went to the wayside.

Did you do any sports in high school?

I was a sick kid, in and out of the hospital when I was a kid, so I never played sports. Those sicknesses, I had severe kidney problems and endured many operations, though kept me from being drafted and going to Vietnam.

Have those sicknesses impacted your adult life?

They bothered me until I was about twenty-one years old. After that, I haven’t had a sick day since.

Where did you go to college?

I didn’t! The summer I graduated from high school, my father gave me the company to run while he summered in Sea Isle City at the Jersey Shore.

I changed the entire company around while he was gone! Instead of delivering diapers during the day and washing them at night, I ordered extra diapers and moved the laundry shift to the daytime. My father lost it when he saw how much I spent on extra diapers, but I stood my ground. He eventually came around.

How did you morph your diaper business into a mat company?

My dad started the process by renting mats to the same families that were using his diapers. The mats he rented turned out to be poorly made, and his initiative failed.

When the mat thing didn’t work out, my father merged his service with another diaper delivery service company in Northeast Philly. I did an assessment of the new partner, saw they were inefficient and not serving their customers well and advised against the merger. The partnership turned out to be a bust, and my father left and started a mat business eight weeks after the merger.

Six months later after he had built his mat business earnings up to $400 weekly, he called me and asked me to join him. I told him I would, on one condition; he had to give me 50-percent of the company. 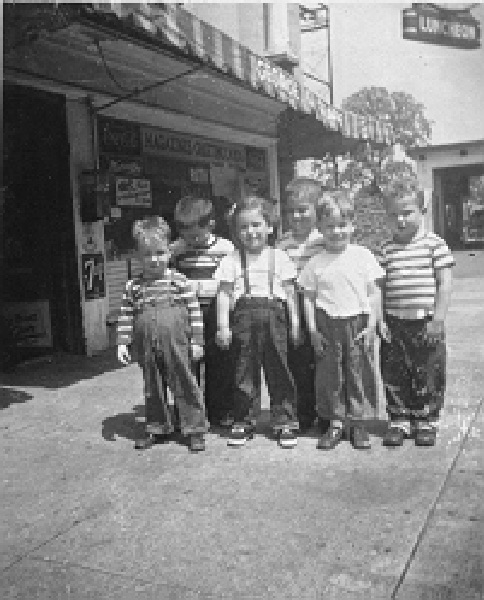 That was a pretty gutsy thing to ask of your father.

Growing up, all my friends told me, I always had the big ideas and all the answers. I was always plain-spoken and not afraid to state my mind.

Did you and your father continue to run the business?

As soon as I started working with my father again, the business started to grow. We were using vacuums and rug shampooers to clean the mats. I wanted to buy washing machines to clean the mats, but my father refused, agreeing only to buy another vacuum cleaner.

Finally, I told my dad either he had to go or I would leave; the business wasn’t big enough for the both of us. To my surprise, my father relented and went to work for a family friend.

I bought the industrial cleaning equipment the business needed, moved to a new location in Chester and watched the company grow. I was young, just 20-years old, I had no assets so couldn’t borrow money to finance the company’s growth. Instead, I was stringing one of my vendors along, using the money I owed him to grow the business.

One afternoon, my wife Nancy and I are out on the floor vacuuming and cleaning mats when a gentleman dressed in a suit and tie walked in, tells me he is Leon Schwartz and that I owe him money. I said I was using his money to grow the business. Not only did Leon extend me unlimited credit as well and over time, but he also became my financial, business, and spiritual partner as well.

How did your father respond when he saw the business growing under your leadership?

He wanted to come back! I pushed back, saying the business wasn’t big enough for the both of us. I ended up buying out his half of the business, giving him and my mother enough money to live on and pass on to my younger brothers and sisters when they both passed.

Here at the start of 2018, what challenges and opportunities do you see ahead for Health Mats?

The opportunities are better than they’ve been in many years. First, the economy, even though it is not where it used to be, is doing better. We’re growing at a steady 5 to 6-percent a year which is healthy. Not the 20-percent growth we experienced before the recession but still respectable.

A couple of years ago we noticed our sales were growing from within established customers. We restructured our sales approach to take advantage of the trend. Instead of just going out and knocking on doors, we created a business development team that is responsible for growing our large account business. When one of our large customers like CHOP, Jefferson or Temple University open a new clinic or facility, we’re right there supplying mats.

How did you get involved in the Eagles Autism Challenge?

I’m a big believer in being involved in my community. I’ve been very blessed by the people and businesses in our region, so supporting causes that impact people in our community is very important to me. We provide mats for the American Cancer Society’s Philadelphia office and don’t charge them for the service. We support Chester High School’s basketball team and are a big LaSalle university booster.

While the Eagles have been great customers of Health Mats for some years, they had taken their business to another supplier.  I was at an Eagles game one Sunday and noticed people standing around a table in the concourse. I went up, heard they were talking about autism and agreed to become an Eagles Autism Challenge sponsor at $10,000. 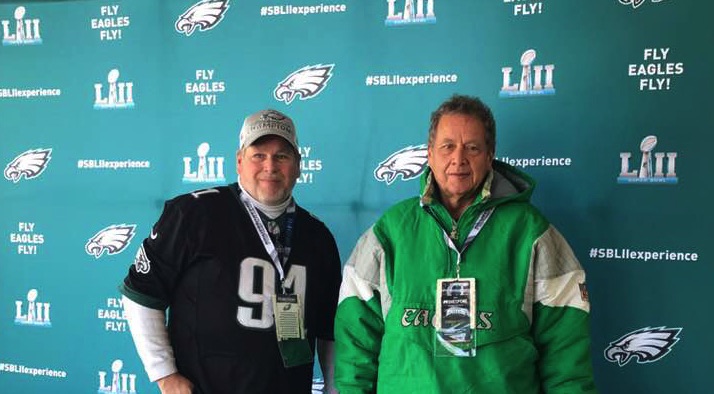 Our sponsorship allows us to participate in the 5K walk that will take place on May 19, 2018. Team Health Mats and the entire Philadelphia Eagles organization and thousands of Philadelphia area residents who will ride, run or walk to raise funds for innovative research and programs to help unlock the mystery of autism. 100-percent of participant-raised funds will go directly towards autism research and programs at a coalition of leading institutions including Children’s Hospital of Philadelphia, Drexel University and Thomas Jefferson University and Jefferson Health.

On top of that, my brother Michael Del Rossi and I are huge Eagles fans. We just returned from the Super Bowl and it was one the most exciting games we’ve ever witnessed! We will be at the parade this week to help the Eagles celebrate the win, and we are honored to be participating in Jeff Lurie’s Autism Challenge.

Finally, Vince, what is the best piece of advice you ever received?

Leon Schwartz, who I mentioned earlier, told me that if I kept doing what I was doing, I would be very successful. He was a wonderful friend and business partner who I could call up at any time and ask for advice or how something worked.