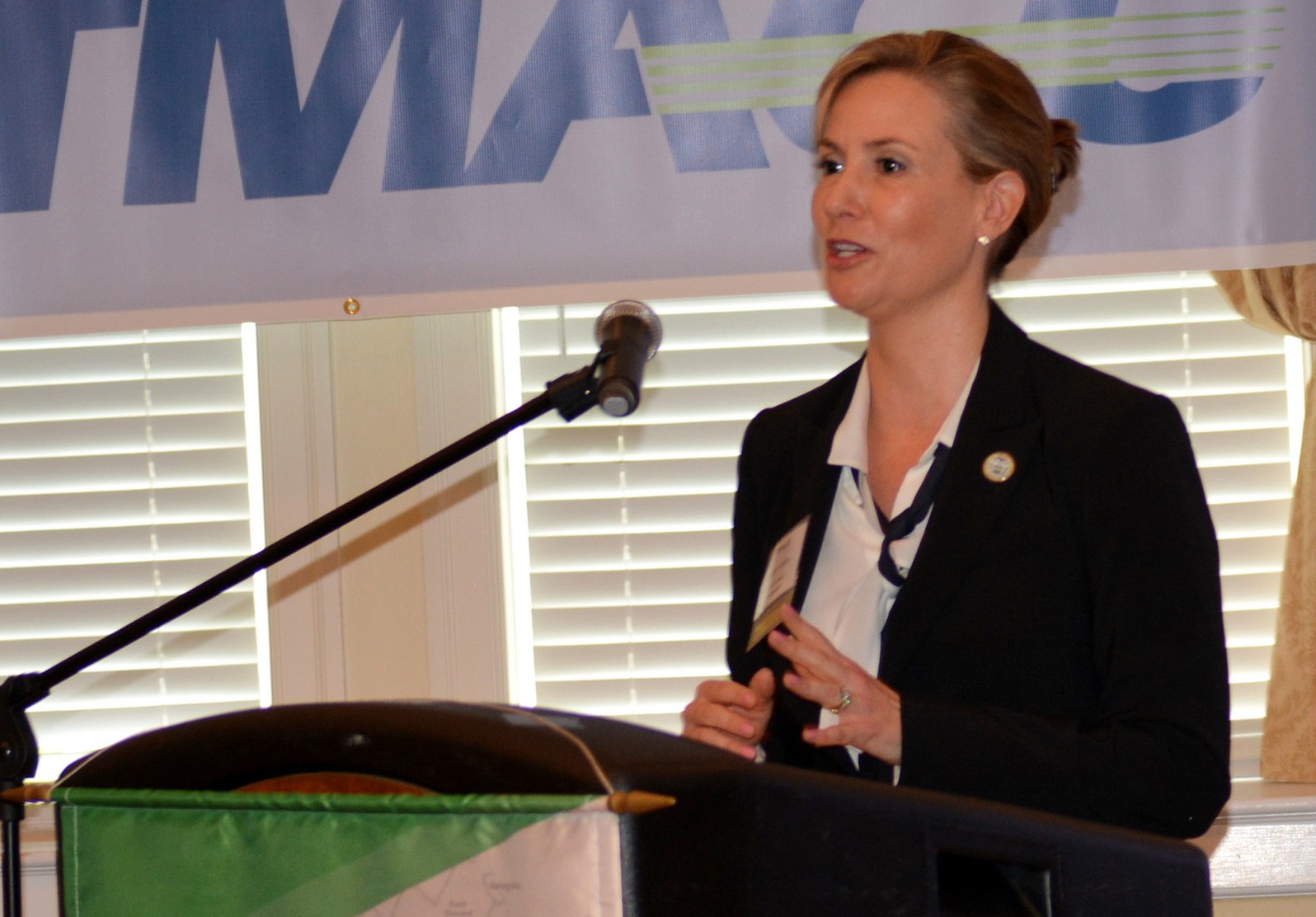 Michelle Kichline, Chair of Chester County’s Board of County Commissioners, speaks with VISTA Today about growing up in Tredyffrin, her mother’s influence on her decision to forego sports in favor of her studies, why her first job as a teenager swore her off donuts forever, and going “away” to college at the University of Pennsylvania, 30 minutes from home, in Philadelphia.

Finally, Kichline talks about what led her into a career in law, why the commissioners felt compelled to weigh in on the discussion of gender inequality in the workplace a couple of months ago, and how the advice of her 11th-grade English teacher serves as an ongoing reminder to make the best out of life’s setbacks and disappointments.

Where did you grow up, Commissioner Kichline? 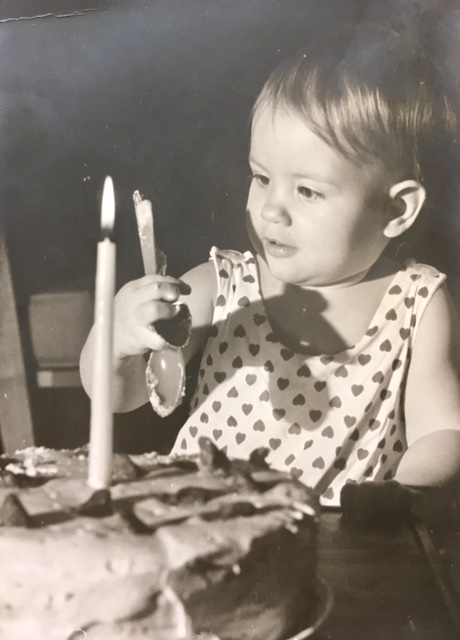 I was born in Elizabeth, New Jersey. While both my parents were Hungarian immigrants, they didn’t meet until they went to the same party in New York City. My mother was a chemist at Merck, and my father worked at the Ford Foundation in New York City. When I was two, my dad took a job with RCA in Massachusetts before relocating to Chester County to take a job at Sperry Univac when I was six. My brother was born here in Pennsylvania.

What memories do you have of growing up in Tredyffrin?

I grew up in a part of Tredyffrin called the Panhandle. We had to drive to get everywhere. Back then, the township wasn’t as developed as it is now. I remember driving by a lot of old houses surrounded by wide-open fields, many of which are now housing and commercial developments.

What was it like growing up with immigrant parents?

I remember standing next to my father at an athletic event when I was 11 years old. It was the late ’70s, and the United States was going through an economic downturn. My father got talking to a man who had been laid off from his job. Noticing my father’s foreign accent, the man told my father, ‘Its because of people like you, that people like me don’t have a job.’ That stuck with me. Ironically, my father was laid off as well at a later point.

As a result of overhearing that exchange, I learned to advocate for people who don’t have the same opportunities that other people have.  It made me realize that we have to listen to each other and work hard to understand each other.

Did you do any sports at Conestoga High School? 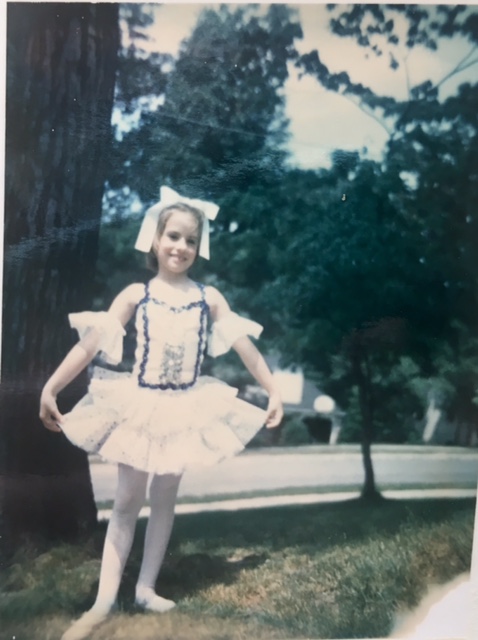 I danced ballet and played tennis until I started high school. I loved ballet and tennis but gave both up to focus on my studies and academically minded extracurricular activities. I got involved in student government and writing for the school yearbook and newspaper.

What drove that decision to focus on your studies?

My mother had a tremendous influence on my life. My mother, who grew up in Hungary, was 18-years old when the Communist Revolution broke out in 1956. During a brief period when the borders were down, and before the Russians came in and crushed the Revolution, my mother, who knew she couldn’t make the life she wanted for herself in Hungary, decided to leave her parents and siblings and flee the country by herself. My mother grew up on a farm and didn’t have running water, or indoor plumbing. She didn’t know any English when she came here buy was given an opportunity to attend a small Catholic university in New Hampshire, and ended up getting her Master’s in chemistry as well.

Growing up, especially at the holidays, my father, who fled Hungary at about the time, and my mother would share their “Coming to America” stories. Hearing those stories, plus the fact that my mother always worked to support herself, was a constant reminded me that I must be prepared to work and support myself.

What was your first job, Michelle?

I’ve always had jobs like babysitting and doing chores around the house. My first “official” job, however, was working the 5:30 AM shift at Dunkin Donuts shop in King of Prussia! While I only worked for Dunkin Donuts eight months before I landed a job at the King of Prussia Mall working for the now-defunct Abraham and Straus, I do remember coming home from work smelling like sugar. To this day, I can’t eat donuts.

What lessons did you learn at those first couple jobs that stick with you today?

Not only did the Dunkin Donuts job teach me the discipline to show up at the start of my shift at 5:30 AM, but it gave me invaluable experience dealing with people. When someone pulls up to the takeout window at 6:00 AM and orders a cup of coffee, they’re not always the happiest people in the world.

After high school, where did you go college?

When I graduated from Conestoga High School in 1985, I went “away” to college at the University of Pennsylvania. I say away because even though Penn’s West Philadelphia campus is only 30 minutes from Tredyffrin home, my life on campus was different than what I had experienced in what was then semi-rural Chester County. Penn was not only larger than what I was used to but more diverse and rigorous as well. I was on University Council and started a social club called the Tabard Society which is still in existence today. 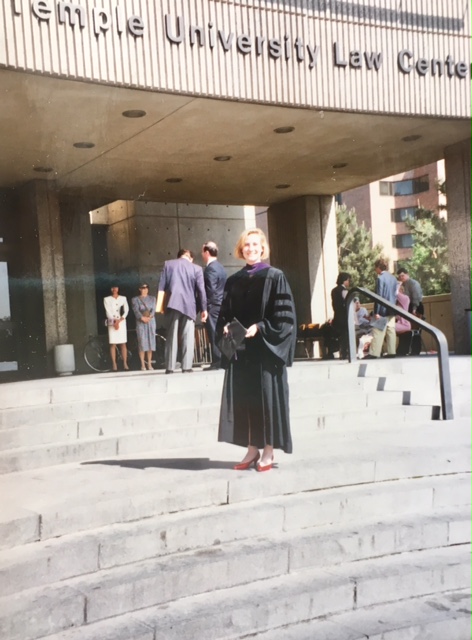 Why did you decide on a career in law?

While growing up, my parents always stressed being involved in the community. My father’s favorite saying was at the end of the day, the only thing you have is your voice and your vote. In high school and then in college I got involved in student government. I always liked to write and had limited experience in theater. I thought being a lawyer offered me a chance to leverage my passions and skills.

When I went to law school, I wasn’t so much interested in working for a big firm or becoming district attorney, which are reasons frequently cited for attending law school. Instead, I wanted to practice law at the local level. My mother ran Upper Merion Township’s health department and frequently attended night meetings. I worked a summer with Terry Woodman when she was assistant Township Manager at Tredyffrin (she later became East Whiteland’s Township Manager). Working with Terry that summer convinced me I was more interested in the legal side of local government, not that she wasn’t great!

Across your career in law, who were the people who helped you the most?

One of the first people to encourage me professionally was Ron Wagenmann, who was Upper Merion Township Manager when I was in college. Ron helped me get the internship position with Terry as well as encouraged me to get into politics.

The second person who influenced me was Judge Stanley Ott in Montgomery County Court of Common Pleas. Working for Judge Ott was like an apprenticeship for me in many ways and one of the best jobs I’ve ever had.

The third person who impacted my career was Charles Potash, an attorney at Wisler Pearlstine in Blue Bell, the first law firm I worked at after law school.  Charles would take me to all his municipal and school district meetings but always remind me to get home for dinner with my family.

How did you get into politics? 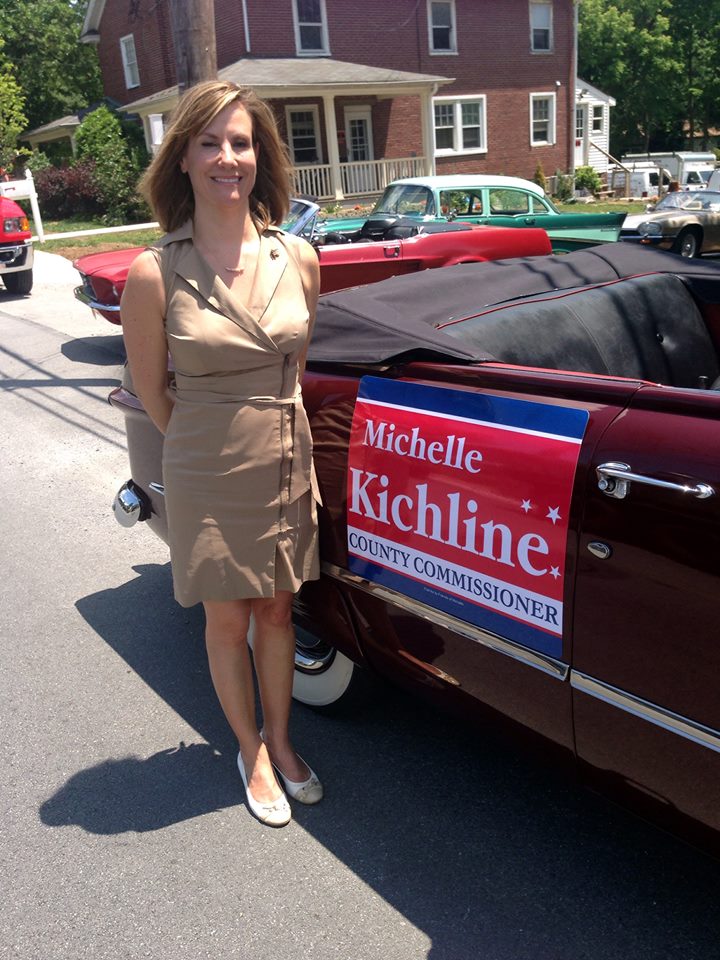 After I was out of law school and practicing law with Wisler Pearlstine in Montgomery County, Joe Janasik, Tredyffrin Township Manager stopped me in the hall of the township building and encouraged me to sign up to serve on the Township’s zoning hearing board. The opportunity interested me and I gave him my resume.

Two weeks later, then supervisor Warren Kampf, called and offered me a spot on the township’s Library Board. I politely declined (even though I love the library), telling Warren I wanted to serve on the planning commission or the zoning hearing board.

Two months later Warren called back, told me there was an opening on the Zoning Hearing Board and encouraged me to apply. I applied and was appointed and ended up being the first female chair of the ZHB in the township’s history.

When township supervisor Judy DiFilippo decided not to run for reelection, I decided to run for her soon-to-be-vacant supervisor seat. I didn’t know a thing about running a campaign and reached out to Steve Aichele for help. Steve served as my campaign chair and helped me win what turned out to be a tough election.

What challenges and opportunities are you focused on?

My focus from the very beginning has been planning for the future. Having grown up in Chester County, I appreciate the quality of life the county offers and am mindful of being a good steward of open spaces. I want future generations to have the open spaces, trails and natural beauty that we enjoy today.

I also remind the people I speak to about the importance of Agriculture to Chester County’s economy. Even with the robust manufacturing, pharmaceutical and tech jobs so prevalent in the eastern end of the county, agriculture remains our number one industry.

The opioid crisis facing the entire nation is constantly on my mind. Several young people in my community have lost their lives to the heroin scourge. These were kids from good homes who were doing well in school. It didn’t matter. The crisis was happening everywhere in the county. I went to Kathi and Terence, as well as Mark Rupsis and said we have to do something.

While the County has a drug task force that looks at the crisis from many different angles, my focus has been on the recovery aspect of the crisis. Our office launched the first countywide awareness day in November 2016. It has been a very successful event and in 2017 drew nearly 1,000 people and raised tens of thousands of dollars for warm hand off programs in Chester County. 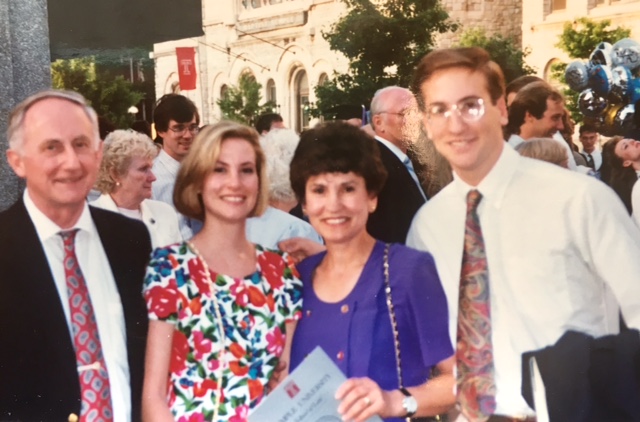 Michelle accompanied by her father, mother, and younger brother (circa 1992).

What drove the Board of Commissioners’ decision to release the memo on gender inequality in the workplace last March?

Over the last year, as more stories about politicians and media celebrities harassing women who worked for them came out, my daughter told me she could never go into politics because the stories made her uncomfortable. We discussed the business world, which she would like to enter, also needs to address these issues and make more strides in having women in C-level positions.

We’re at a crisis point. I want to make sure kids coming into the workforce feel comfortable. After speaking with Kathi and Terence, we decided to reach out to businesses, nonprofits and county and local governments to start the dialog about creating a different future for our kids entering the county workforce.

Finally, Michelle, what is the best piece of advice you ever received?

When I was in ninth grade, my father lost his job in the defense industry. As it turned out, he was out of work for several years. My English teacher in Junior year saw how the situation at home was wearing on me and encouraged me to remain optimistic and to look on my father’s unemployment as a learning experience; basically to make lemonade out of the lemons life had handed my family.

I often tell women and men considering getting into politics, to be graceful in defeat, that how you lose matters as much as how you win.