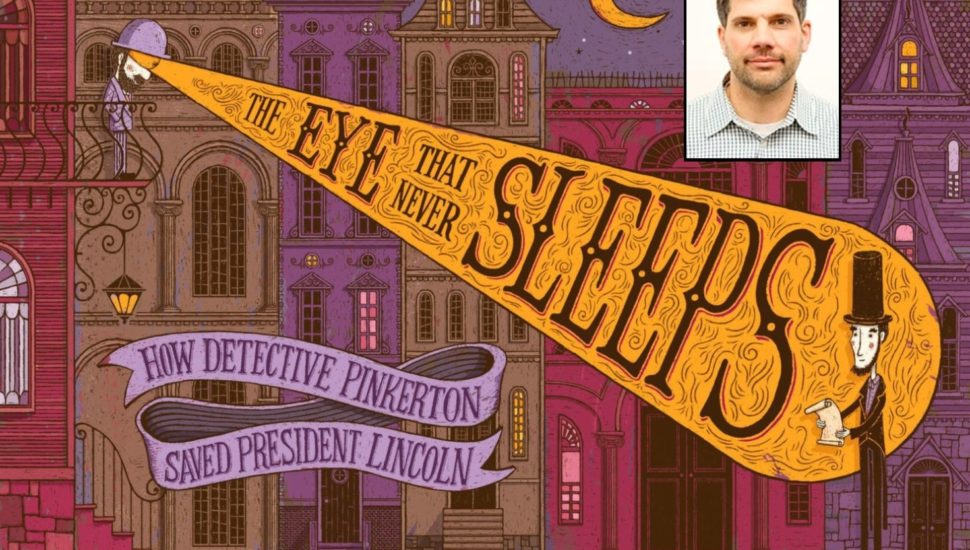 Jeremy Holmes, a professor of art at West Chester University, has been selected to exhibit his work at The Original Art, a prestigious show in New York City, according to a report from The Lansdale Reporter.

The annual exhibit showcases illustrations from the best children’s books published in the U.S. throughout the year. The pieces are chosen by a jury of illustrators, art directors, and editors. Also, as part of the exhibit, each book is displayed alongside the original artwork.

Holmes was selected for his work on The Eye That Never Sleeps by Marissa Moss. It focuses on Allan Pinkerton, one of the nation’s greatest detectives who helped protect President Abraham Lincoln from a first assassination attempt. Pinkerton also established the most successful detection agency in the country.

Holmes illustrated the book in a contemporary cartoon style, mixing art and text in a way that makes it attractive for readers of all ages.

The exhibit by The Society of Illustrators at the Museum of American Illustration will run from Nov. 7 to Jan. 5.

Read more about Jeremy Holmes in The Lansdale Reporter here.