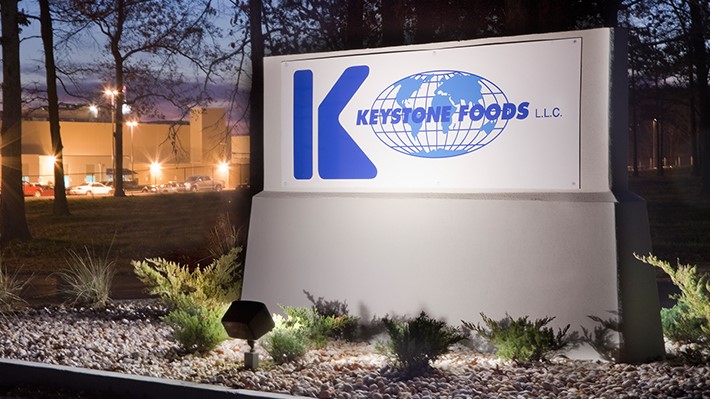 West Chester-based Keystone Foods, a U.S. supplier of chicken nuggets to McDonald’s, is on the verge of being acquired by Tyson Foods, according to a report in The Philadelphia Inquirer.

Discussions are under way between Tyson and Keystone’s owner, Marfrig Global Foods SA of Brazil, according to the report.

Marfrig is seeking to raise more than $3 billion from the sale. The company said it selected five bidders for the final phase of the sale process, which included visits to Keystone factories in the U.S. and Asia.

Last year, Keystone had revenue of $2.8 billion. It has operations in seven U.S. states, as well as in South Korea, China, Malaysia, Thailand, and Australia.

American assets account for about 70 percent of Keystone’s sales; however, the food-service company has experienced growth in Asia.

Read more about Keystone Foods in The Philadelphia Inquirer by clicking here.