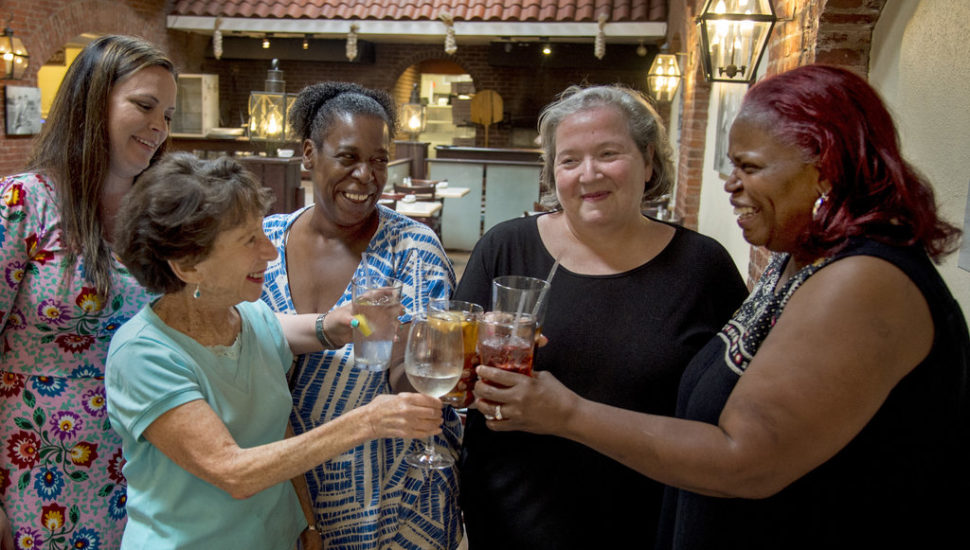 Image of Ruth Rovner, second from left, toasting some of her older beneficiaries via Tom Gralish, Philadelphia Inquirer.

Ruth Rovner, a retired teacher from the Community College of Philadelphia, is helping students at West Chester University, Cheyney University, and elsewhere by offering scholarships, as well as her friendship, writes Susan Snyder for the Philadelphia Inquirer.

Seven years ago, despite not having vast financial resources, she started awarding several $400 scholarships a year to deserving students to cover expenses for some books and supplies. And while the money helped, it was her offer of friendship that really made the difference.

“I want to support you and I want to befriend you,” Rovner, 81, tells her recipients.

Among the students is 60-year-old Deborah Fine, who recently received a bachelor’s degree in social work from West Chester University. Meanwhile, 36-year-old Victoria Phraner, who attended CCP after a prison sentence to help rebuild her life, ended up qualifying for a full tuition scholarship to WCU’s social-work program.

All of the students cherish Rovner’s friendship, even those who were skeptical at first when they heard she wanted to meet them.

“As soon as I met her, it was like bam,” said Rhonda Davis. “Her smile, she was really concerned about us.”

Read more about Ruth Rovner in the Philadelphia Inquirer here.