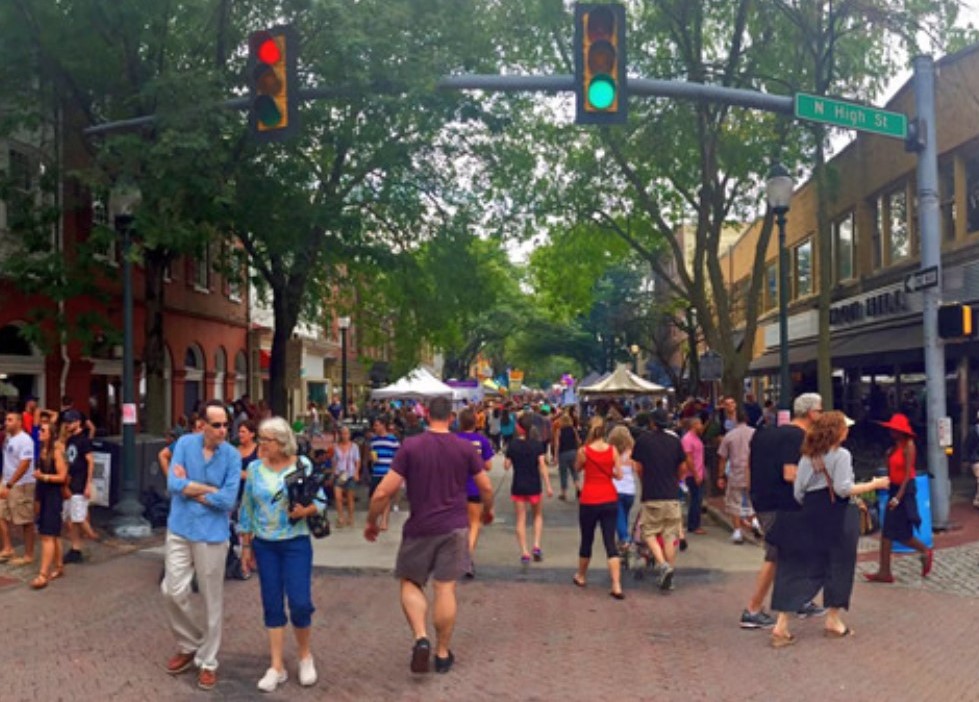 The intersection of Gay and High streets in West Chester.

West Chester has been attracting visitors for years with its walkable streets, eclectic dining choices, sidewalk cafés, and numerous boutiques.

High Street now showcases the work of local artists on new banners that adorn lampposts. The reverse side of each banner celebrates the award bestowed upon West Chester by the National Main Street Center.

Last year was the first time the Great American Main Street Award had been awarded to a Pennsylvania community in two decades.

“West Chester’s transformation over the past 17 years has been truly remarkable,” said Patrice Frey, CEO of the National Main Street Center. “The town has always had great architectural heritage, but it has grown into a haute-cuisine mecca, drawing not just locals but visitors from surrounding areas.”

West Chester is not done improving either. There’s a project to replace and update the aging infrastructure on East Gay Street already planned for later this summer.