The Guardian: In Coatesville, Trump’s Tariffs Welcomed as the Boost That May Put U.S. Steel Back on Its Feet 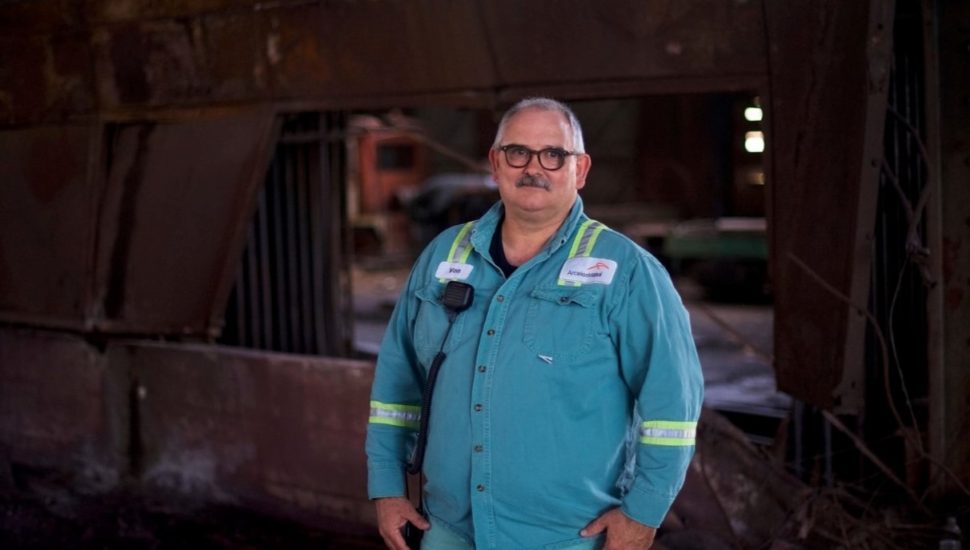 Image of Vonie Long via The Guardian.

“A wave of cautious optimism has crept into Coatesville” after President Donald Trump announced a new 25 percent tariff on all U.S. steel imports and ended a temporary exemption from the tariff for the European Union, Canada, and Mexico, writes Tom McCarthy for The Guardian.

Trump’s tariffs are being welcomed in Coatesville, and elsewhere across the country where there has been increased activity in the steel industry, as an overdue boost that may put U.S. steel back on its feet.

“Overall, we’re optimistic that this is going to help us here in Coatesville and as U.S. steelworkers,” said 51-year-old Vonie Long, a maintenance tech electrician at ArcelorMittal and president of the local steelworkers’ union said. “Tariffs on steel are a new ballgame for us. A lot of co-workers are optimistic that it will level the playing field for us.”

“Steelmaking has been part of Coatesville for 200 years,” said Scott Paul, president of the Alliance for American Manufacturing. “For people in the area who don’t want or need a four-year college degree, it’s one of the few paths that remain to the middle class. It’s a vital part of that economy that’s irreplaceable.”

Read more about Coatesville and the U.S. steel industry in The Guardian here.