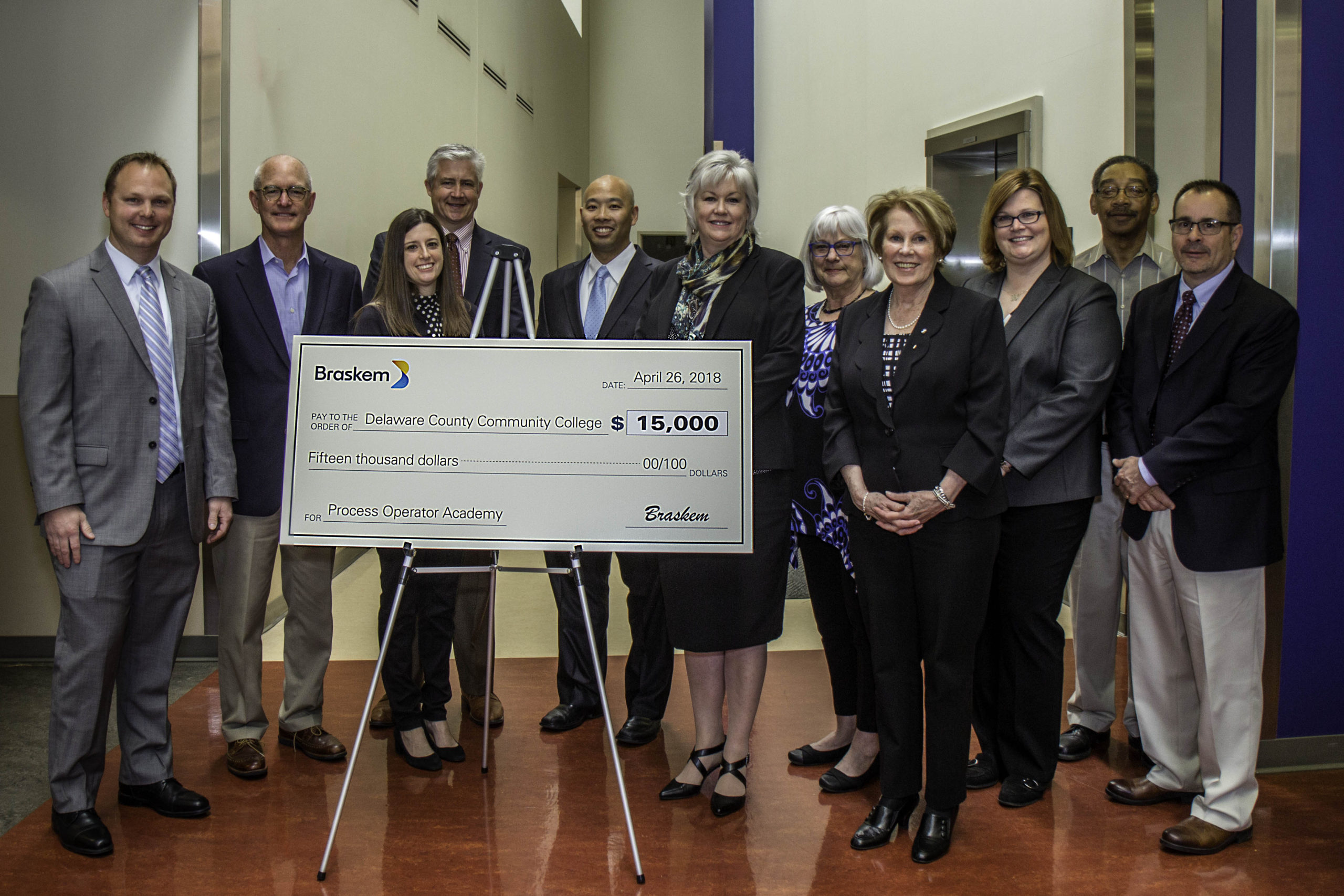 In just eight weeks, students taking non-credit, hands-on courses at the Process Operator Academy will learn the skills needed to be a successful process operator. Process operators oversee, monitor, and maintain equipment, including valves, fittings, and pressure and measurement devices to ensure smooth work flow and state and federal regulatory and safety compliance.

Both Braskem and Eastern Controls also helped the college create the curriculum for the new training program, which has already begun and is held at the college’s Advanced Technology Center at the Marple Campus and at Eastern Controls, based in Edgmont Township. Eastern Controls manufactures and distributes process control and instrumentation equipment. Headquartered in Brazil, Braskem produces thermoplastics and operates locally out of Marcus Hook.

Over the past decade, chemical and other industries have experienced a decline in the talent pool of skilled workers to fill high-demand jobs in large part because of the retirement of many baby-boomer generation workers. However, building a training program to support industry and replenish the skilled labor pool is no easy task and takes time, money, and resources.

According to Jeremy Glisson, industrial director for Braskem America, it typically takes Braskem three to five years to fully train a process operator. However, Braskem expects the Process Operator Academy will cut that training time in half, and plans to send four of its employees to the Academy for training later this month.

“We actually have a world-class training facility right here in our own backyard,” Glisson said. “Thank you to Delaware County Community College.”