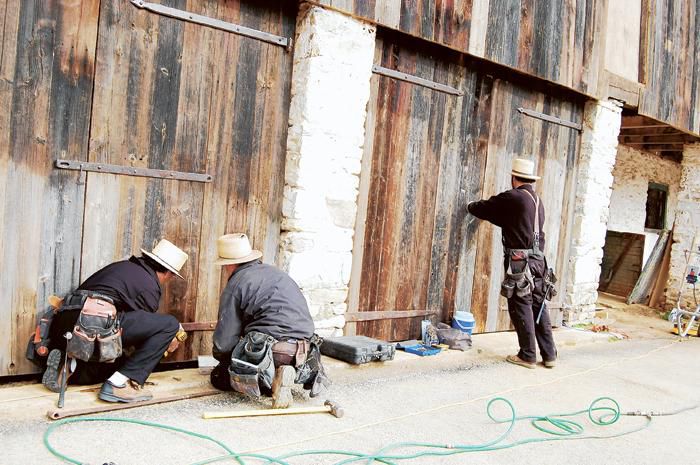 Pennsylvania’s oldest bank barn, located at the DuPortail House in Chesterbrook, has been restored by a team of Amish builders from near ruin to its former glory, writes Ryan Richards for Main Line Media News.

The efforts to restore the grand old barn built in 1792 were led by Luigi DiFilippo, president of DuPortail House.

Teams from Highline Construction meticulously replaced the rotted wood planks and beams with hardware from the same time period to honor the building’s original architecture.

“The old stuff was really in bad shape,” said DiFilippo.

The barn was placed on the National Register of Historic Places in 1979 and is highlighted in Barns of Chester County, Pennsylvania, a 1974 book by Bernice M. Ball. The book includes an excerpt of a letter penned by West Chester University history professor Richard J. Webster.

“To my knowledge, the barn is the only ‘signed piece’ among Pennsylvania bank barns,” the letter states.

The restoration has been paid for by private donors. According to DiFilippo, it will be used for educational tours and for its value as a historic, architecturally beautiful structure.