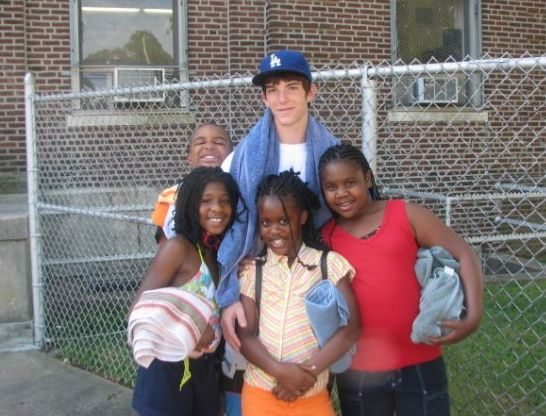 Andrew L. Hicks, Jr. had a passion for helping the youth of Chester.

For nearly eight years, the Andrew L. Hicks, Jr. Foundation in West Chester has been connecting Henderson High School students with the youth of Chester for events and programs that offer opportunities for friendship, mentoring, and leadership.

The work of the Foundation not only helps disadvantaged people in Chester, but also brings fulfillment to volunteers as they continue to honor the memory of one of Chester County’s unsung heroes.

The Foundation was established in August 2010, soon after Andrew Hicks, Jr. died tragically on a family vacation in California. Andrew, approaching his senior year at Henderson, had spent the previous three summers volunteering in Chester with his youth group from Christ Community Church.

It was there where he acquired a passion to bring the same opportunities to the youth of Chester that he had growing up in West Chester.

“Andrew would come home and say, ‘Mom, they are so close to us, so how can it be that I can go to Henderson High, which looks the way it does, and their school is so rundown? And their community and neighborhoods are so rough. It just isn’t right,’” said Karen Hicks, Andrew’s mother and the Foundation’s Executive Director.

From his Christian faith, Andrew understood the burden of responsibility, written in the Gospel of Luke: “For unto whomsoever much is given, of him shall much be required.”

“He knew that he had been given a lot,” said Karen. “After spending time in Chester, he realized he had a responsibility. And that’s really what motivated him to get involved.” 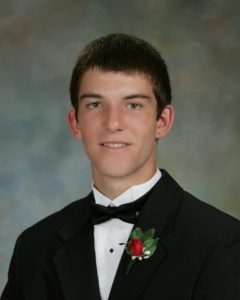 Immediately after Andrew’s death, the family decided to honor his life and demonstrate the love of Christ to the youth of Chester through a foundation. They would work to bring Andrew’s high school friends to Chester and bring his Chester friends to Chester County.

“Within a month of Andrew’s death, we were taking 100 Chester kids and 100 Henderson students to different places, and that’s how it started,” said Karen. “Every month, things were happening, and it was all being led by high school kids coming up with idea, taking an interest, and gathering volunteers.”

In its first year, the Foundation organized “open” events, activities that were open to any Henderson student who wanted to volunteer, and to any Chester student who wanted to participate. No additional commitment was required. One of these open events is an annual sleepover camp for more than 100 elementary schoolers for five days in North East, Md.

“With Warrior Guides, there is more of a commitment to one another,” said Karen. “They begin to act like friends, like a big brother and little brother almost. There is no tutoring or nothing academic about it, it is strictly a friendship and relationship experience.”

Another program called RISE (Responsibility, Integrity, Service, and Excellence) was formed by the Foundation to place seventh- to tenth-graders in Chester into a leadership development program. The year-round program enables students to participate in service projects, artistic and multi-media workshops, cultural events, and field trips, as well as a week-long residential camp experience.

The program is designed to build vital skills that will help the participants RISE to their potential and understand their purpose in life. It is hoped that, by elevating the character and leadership qualities of students at the individual level, the well-being of their community will also be elevated.

Whether discussing the Foundation’s goals for the future, or the guidance of the Foundation as a whole, Karen Hicks is explicit in the role her family’s faith plays in their decisions.

“I feel that God has been very clear with us in leading us in the Foundation,” she said. “We don’t make a move without praying first and asking His direction, waiting for God to show us what to do.”

One of those decisions led the Foundation to finally hold a fundraiser, after existing the first three years without seeking donations.

“We started to do our golf outing because we needed to raise money for the summer camp,” said Karen. “Last year’s golf outing raised $20,000, which went directly toward the $46,000 cost of sending 175 kids to camp for five days.”

While the Foundation’s main purpose is to provide friendship, mentoring, and leadership opportunities to the youth of Chester, Karen sees how much Henderson High School students are gaining from the programs.