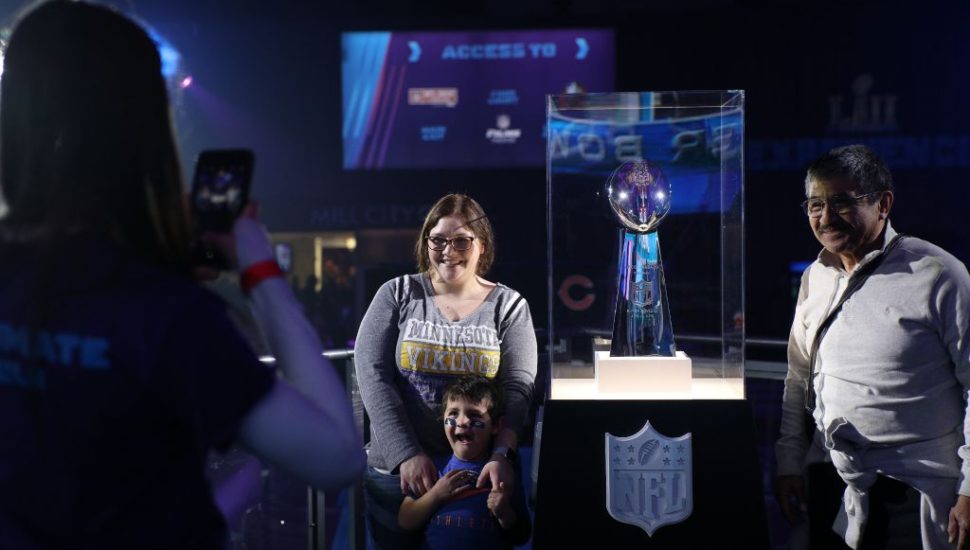 Image of fans posing with the Vince Lombardi Trophy via the Minneapolis Star Tribune.

West Chester’s Rockport Analytics is forecasting that Minneapolis and St. Paul will see a windfall of around $340 million from the upcoming Super Bowl, writes Evan Ramstad for the Minneapolis Star Tribune.

Rockport Analytics, a research firm that studies the economics of various large events, including the Super Bowl, predicts that the Twin Cities will see similar gains to those Houston and San Francisco experienced from the two previous Super Bowls.

Around 70 percent of Super Bowl spending will come from visitors, while the rest will come from event operations, media, and the various sponsor activities.

To get an even better picture, Rockport will send out 30 people to various Super Bowl events, where they will question visitors on their spending. The firm will then combine that data with public information to produce the final report.

To reach its figure of $340 million, Rockport has subtracted the around $70 million in spending the region will lose from the normal flow of visitors. They will largely be displaced by football fans, sponsors, and media who will take up flights and most available rooms.

Read more about the forecast in the Minneapolis Star Tribune here.