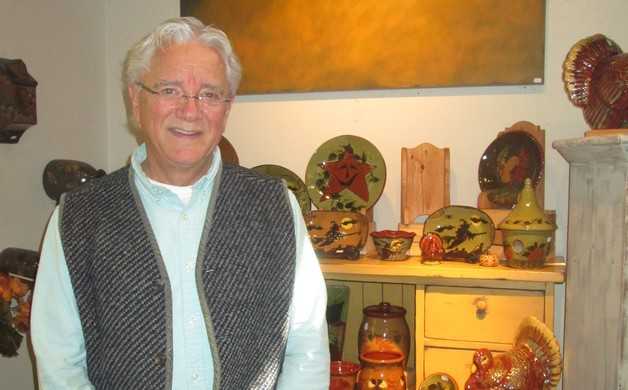 Dave Eldreth is retiring from Oxford’s Eldreth Pottery after four decades as the founder and artistic guide for the popular company. Image of Dave Eldreth via the Chester County Press.

Dave Eldreth is retiring from Oxford’s Eldreth Pottery after four decades as the founder and artistic guide for the popular company, writes John Chambless for the Chester County Press.

“I’ve been fortunate and blessed to have done this for so long,” said Eldreth. “But it’s time to move on for all of us.”

Eldreth started the company 41 years ago as a one-man operation focusing on craft shows. Today, the company employs around 30 workers across three shops, and its Oxford factory and its pottery is eagerly collected across the country.

Eldreth said that, although his duties have been winding down in the past few years, he has always made sure the Santa figurine was designed by him. This year’s figurine is extra special, as it marks his departure with Santa waving one hand in a farewell gesture.

While Eldreth, 72, may be stepping down from the business, he’s not going idle. He plans to spend some time traveling with his wife Faye, before putting his energy into his painting, which he says has re-energized him.