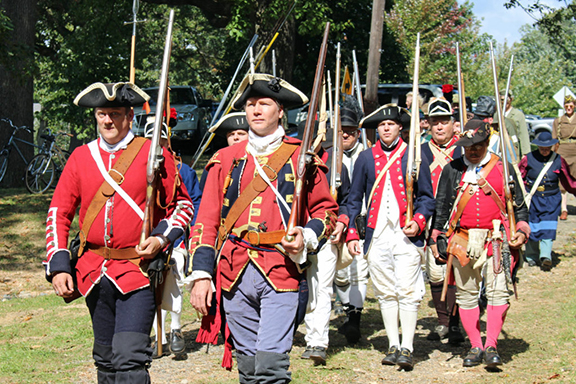 The battle that American revolutionaries fought and lost at Paoli on Sept. 20, 1777 inspired a battle cry – “Remember Paoli” – that would live on to rally American troops in the War of 1812, the Spanish-American War, and even the world wars, according to a Philadelphia Inquirer report by Michaelle Bond.

And now a band of modern-day supporters is reviving that same battle cry to petition national landmark status for the 40-acre Paoli Battlefield and Memorial in Malvern.

A direct application in 2015 failed, and now the fund is aiming to elevate the Paoli Battlefield from a locally significant site on the National Register of Historic Places to one with national significance.

“It’s part of what this site deserves,” he said. “We’ll keep digging up stuff.”

Read more about the fight to attain national landmark status for the Paoli Battlefield in the Philadelphia Inquirer here.