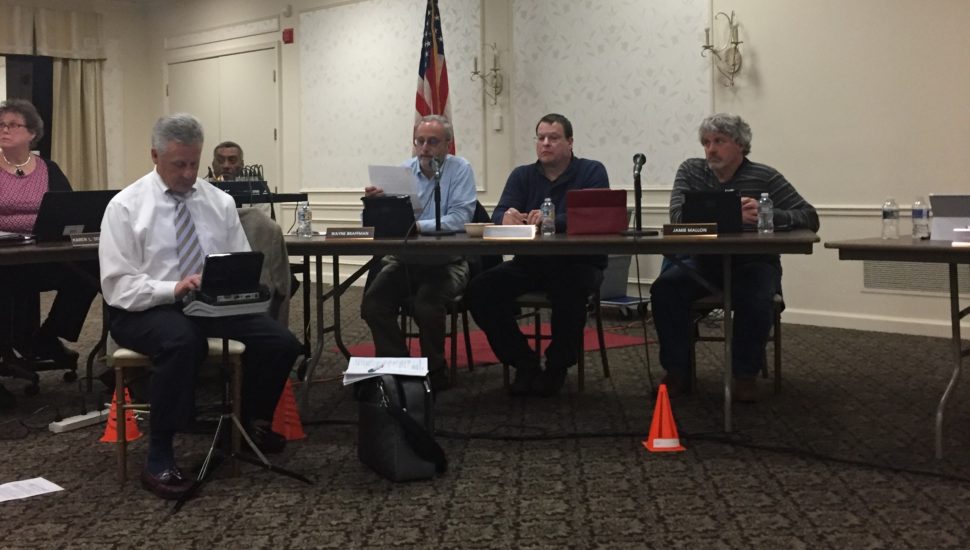 Over 150 community members were in attendance for the public hearing, which took place in the Red Clay Room at the Kennett Square Volunteer Fire Company Building. Many came in support of the anticipated vote, and others came to voice their concerns over the ordinance.

“It was clear from the moment the meeting began what the sentiment in the room was,” said Borough Council Member Wayne Braffman. With tears in his eyes as the community recited the pledge of allegiance, Braffman knew that history was about to be made.

“We’re about to do something that is worthy of this flag,” Braffman said to the audience of Latinos, LGBTQ community members, other minority groups, allies, and opposers.

While the vote was unanimous, the only board member who declined to voice their support of the ordinance at the start of the meeting was Board President Danilo Maffei.

The ordinance, which is one of the few in the state that originated to support the Latino community, unlike previous ordinances specifically passed to protect LGBTQ residents, was spearheaded by Mayra Zavala, the Vice Chair of the Advisory Commission on Latino Affairs.

Although the ordinance offers protections to LGBTQ residents not originally provided by state and federal law, there had been recent concerns in Kennett Square about discrimination toward the Latino population. The meeting even included a Spanish translator.

“I’m incredibly proud that this community did not bend to hate, and that it chose to stand with all our friends and neighbors who make Kennett Square a great place to call home,” said Zavala. “This was long overdue.”

“Marginalized and under-represented communities can finally see that their voice matters and now know they don’t have to live and breathe discrimination silently, or in the shadows. The enactment also serves as a way to bridge relations and promote harmony among all of Kennett Square’s people while increasing political engagement. I’m eager to see our borough continue to bend toward the right side of history.”

When asked what the Kennett Square anti-discrimination ordinance does for future initiatives toward equality in the state, Jason Goodman, the President of the PA Youth Congress stated, “There is a renewed effort for addressing discrimination for LGBTQ residents in the suburbs. This is the first ordinance in over a year passed in the suburbs, and the focus is on Chester County right now.”

“It is important for legislators to consider their support of LGBTQ comprehensive non-discrimation policies at the state level.”

West Chester University student Riley McGowan said, “I’m proud to see how diverse and loving our community is.” The former Kennett Square High School Gay-Straight Alliance President continued by saying, “It’s time that Kennett Square put it down on paper that everyone is accepted and protected by the borough.”

Government & PoliticsFOX 29: Noise-Reduction Initiative Has West Chester on a Push to ShushJune 19, 2021