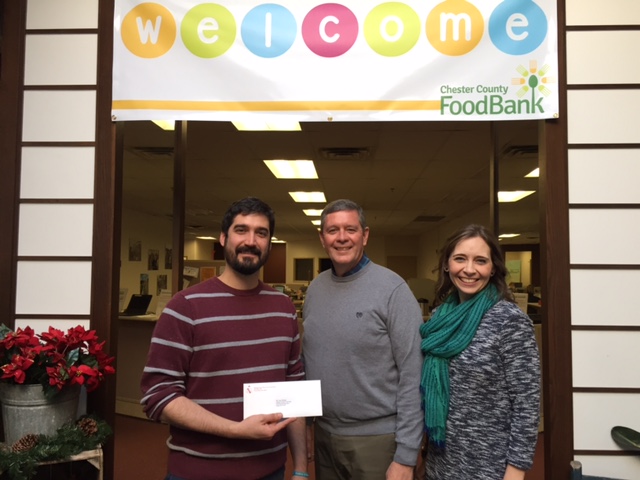 From left: Norm Horn, Larry Welsch, and Anne Shuniak of the Chester County Food Bank accept a check from the Pennsylvania Hunt Cup.

The Pennsylvania Hunt Cup Committee – a nonprofit that administers the annual Pennsylvania Hunt Cup, a Timber steeplechase race with a distance of four miles and 22 fences, over fair hunting country in Unionville – recently contributed a $50,000 check to the Chester County Food Bank.

The Chester County Food Bank was formed in 2009 to address the escalating hunger problem in the county. Its primary goal was, and still is, to have a viable, sustainable organization that secures, manages, and distributes food to those in need. Today, the Food Bank is the central hunger relief organization serving more than 120 partner agencies in Chester County. 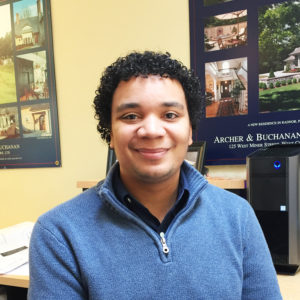 West Chester’s Archer & Buchanan Architecture, an award-winning architecture firm specializing in residential and institutional design, has announced that Derek Stoner has joined the firm. Stoner has seven years of experience with builders and architecture firms in the Lancaster area that specialize in custom-designed homes.

He holds undergraduate and graduate degrees from Judson University in Elgin, Ill., and studied in Italy and France, which greatly influenced his passion for classical architecture. Stoner is particularly interested in creating community through architecture.

“Whether that community is as small as a single house or as large as a city or town,” he said, “I believe that community can best be accomplished by being respectful to those who have gone before us, through understanding the context of each and every project.”

Historic Sugartown, a private nonprofit that stewards the 19th-century village of Sugartown in Malvern, was awarded a Preservation Assistance Grant for Smaller Institutions from the National Endowment for the Humanities. The $6,000 grant will support the development of an Emergency Preparedness & Response Plan for Historic Sugartown’s buildings and historical collections, which include artifacts on loan from the Chester County Historical Society.

Historic Sugartown was among 78 recipients of these grants nationwide, and one of three recipients in Pennsylvania. The grants are designed to help small and mid-sized institutions improve their ability to preserve and care for their humanities collections.

“Emergencies at historic places can come in sizes big and small, ranging from storm damage to a burst pipe in a basement,” said Heather Reiffer, Historic Sugartown’s Executive Director. “An Emergency Preparedness & Response Plan will empower our organization to react quickly and thoughtfully, without causing further damage to our collections. We are grateful to NEH for this opportunity.” 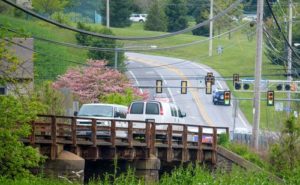 PennDOT has awarded an $8,614,000 contract to Clearwater Construction of Mercer, Pa., to replace the structurally-deficient Route 926 (Street Road) bridge over the Brandywine Creek in Birmingham and Pocopson townships.

PennDOT plans to improve Route 926 by replacing the 79-year-old bridge over the Brandywine Creek with a new, three-span structure at a higher elevation; rebuilding and raising 1,700 feet of the roadway approaches to make them less prone to flooding; replacing the nearby culvert over Radley Run with an 84-foot twin arch concrete culvert; and realigning 800 feet of Creek Road at its northern intersection with Route 926.