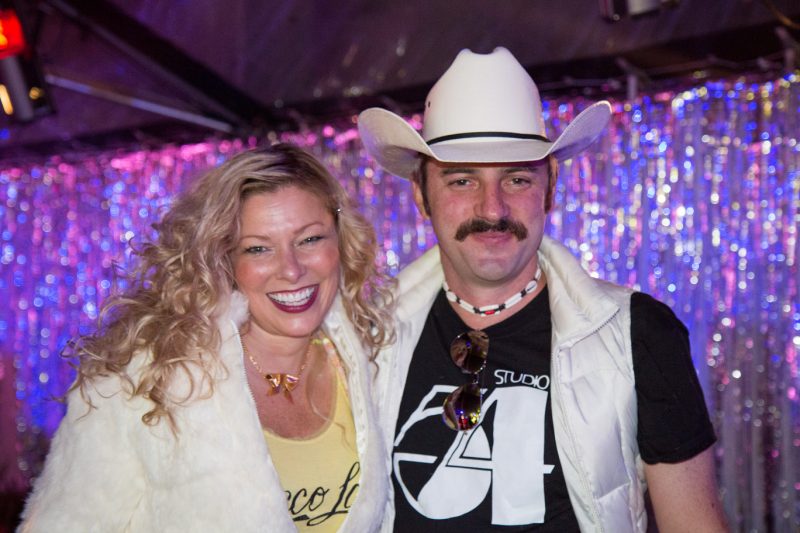 I love Halloween. Although I don’t enjoy scary things, like haunted hayrides or scary movies, I look forward to a night dressed in costume with a valid excuse to eat candy.

Halloween was always magical. I could hide my insecurities and chubby exterior behind my favorite costume and be anyone I wanted to be. In some small way, that made the world a less scary place even on the scariest night of the year.

My favorites costumes included Rainbow Brite, Strawberry Shortcake, the Statue of Liberty, and the Green M&M.

Two decades later, there is still something magical about Halloween.

When I heard that the Brandywine River Museum was hosting a Hallow’s Eve Ball, I couldn’t miss out on an opportunity to, once again, play dress up. My wife decided to join me.

After parking near the museum courtyard on Saturday evening in Chadds Ford, PA, we were greeted by volunteers and ushered into a large, heated white tent with flashing disco lights and a brightly lit DJ stand. Nearly 175 people had registered for the evening event.

While the theme of the party was “Studio 24” Disco Era, named for the event’s 24-year history, the vision of me in a skin-tight dress and go-go boots scared me more than the Game of Thrones character who stood beside me with a dead creature strapped to his chest.

So, I opted for a vampress constume and my wife went as a “pumpkin gangster,” or at least that’s what she said she was. It’s still up for debate.

We made our way to the bar for a glass of wine, then chatted with patrons on the dance floor.

Attendee Desiree Kiss showed off her homemade silver sequin-laden bellbottom go-go pants and said this was her third year at the annual Halloween Ball.

Members, Holly and Brian Lee, were dressed in white go-go style outfits, including a Studio 54 shirt.

Hors d’oeuvres included mini sliders, fries, and cheese on a stick and the dessert table was topped with a variety of candies, including pill bottles filled with smarties.

Throughout the evening, guests were invited to tour the museum, filled with private collection and conservancy-owned pieces. We were told that curators rotate the pieces throughout the museum every three to four months to keep it fresh for visitors.

Upcoming exhibitions include Rural Modern: American Art Beyond the City and A Brandywine Christmas.

Although we only stayed for two hours, the event was was going strong into the early morning hours.

To learn more about the Brandywine River Museum and its upcoming event schedule, click here.