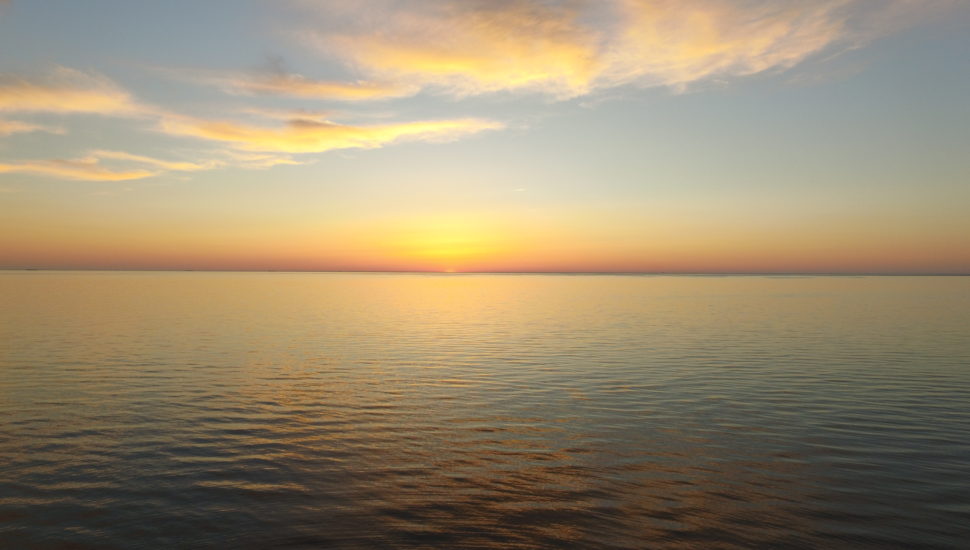 Sunset in Cape May, New Jersey captured by a GooseView drone at 150 feet.--photo via GooseView Technologies.

A flock of new business inquiries may be headed to GooseView Technologies in Chadds Ford now that the Federal Aviation Administration has unveiled its first rules regarding commercial drones, set to take effect at the end of August.

“We are part of a new era in aviation. The potential for unmanned aircraft will make it safer and easier to do certain jobs, gather information and deploy disaster relief,” U.S. Transportation Secretary Anthony Foxx said of the rules, called Part 107. “We look forward to working with the aviation community to support innovation while maintaining our standards as the safest and most complex airspace in the world.”

Locally, GooseView is one of the pioneers of commercial drone flights, having garnered FAA approval for unmanned aircraft systems (UAS) via older, more stringent regulations that require an FAA-certified pilot. The new rules enable operation after training and certification tests.

“It is important for businesses looking to hire a UAS for data collection to ensure that they are dealing with a lawful and experienced UAS operator to safeguard their own liability,” GooseView Founder Michael Mogavero explained.

“Many local businesses are already using our services. With Part 107, many more will think about of doing it themselves. We cater to both: We fly and we consult. Part 107 is about licensing, but licensing has little to do with managing a UAS program, workflows and understanding the costs.”

“With this new rule, we are taking a careful and deliberate approach that balances the need to deploy this new technology with the FAA’s mission to protect public safety,” FAA Administrator Michael Huerta said.

“But this is just our first step. We’re already working on additional rules that will expand the range of operations.”

Under the new rules, certified drones weighing less than 55 pounds must remain within a visual line of sight, stay within height and speed restrictions, employ anti-collision lights during twilight operation and not operate directly above people. Privacy guidance is still being developed.