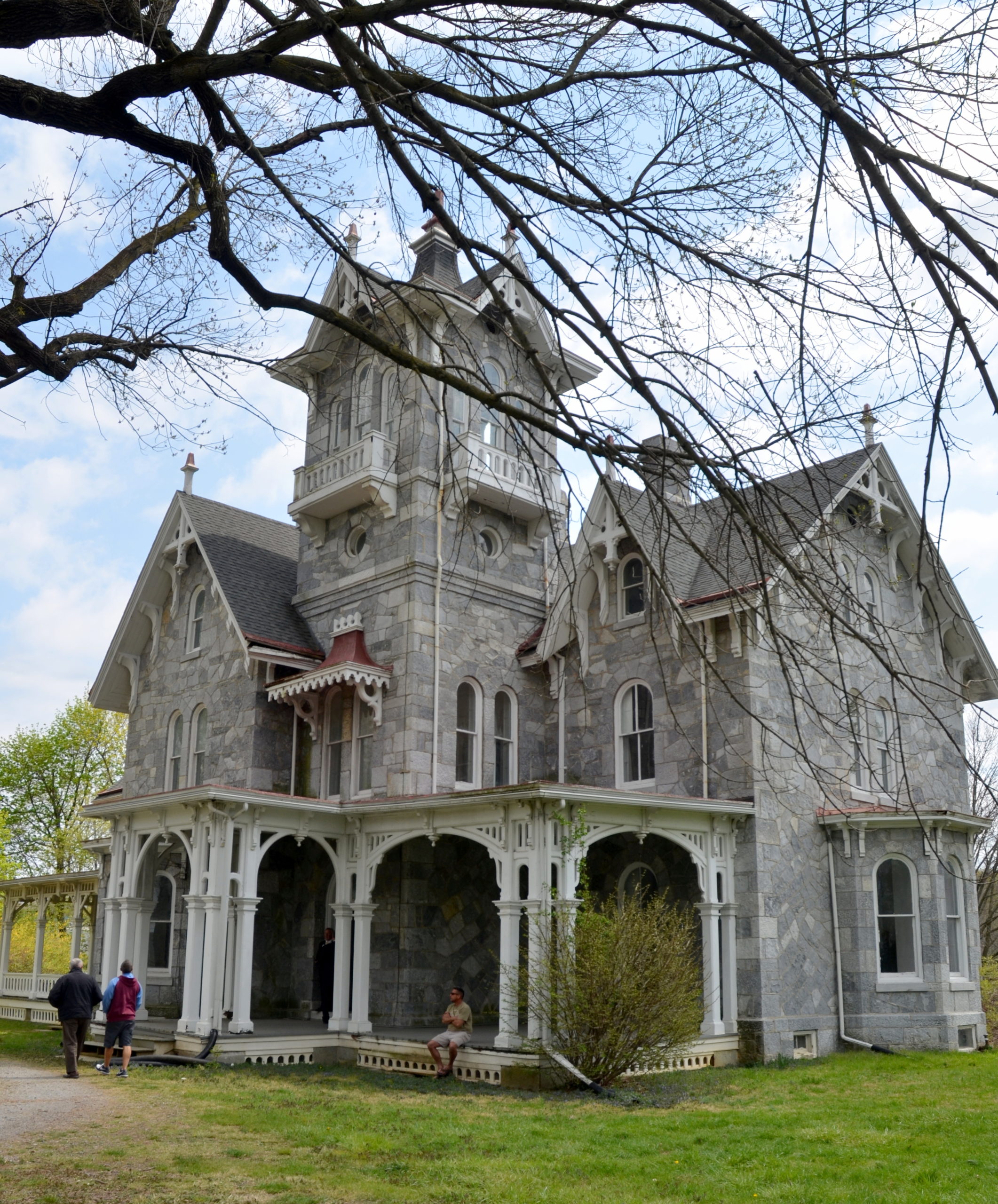 CZ Patel, a hotel developer and manager, has paid $710,000 for Loch Aerie, the 19th-century mansion steeped in Chester County history. CZ Patel speaking with an unknown woman immediately after the auction closed.

Loch Aerie stood proudly against the afternoon spring sky on Thursday in Frazer, unaware that her future hung in the balance. In less than half an hour the auction closed and The Grande Dame of Lancaster Pike was introduced to her new steward: CZ Patel of Princeton, NJ.

Mr. Patel had forced out competing bidders with an enormous $710,000 bid.

CZ Patel, a self-made millionaire, works with his brother MZ Patel. Together they own and operate several hotel properties in New Jersey, Connecticut, Pennsylvania, Georgia, and the Carolinas. Speaking to reporters shortly after his winning bid, Mr. Patel in a soft-spoken voice said he had plans to make Loch Aerie into a hotel.

Turning Addison Hutton’s Swiss Gothic masterpiece into a hotel is one of the adaptive techniques residents and historic preservationists had hoped for. Though Loch Aerie once stood on her hill overlooking the Great Valley and William Lockwood’s vast estate (800 acres), she now she sits in the midst of a very commercial area. If the Grande Dame is to survive the sprawl, the thinking goes, she must adapt. The auction drew a crowd of over 100. Registered bidders, local residents, reporters, members of historical commissions and societies were counted at the proceedings. Even two members of the Tabas family, the last owners of the mansion, showed up.

The Tabas family has owned Loch Aerie since the late Daniel Tabas acquired Loch Aerie in the 1960’s. She had various tenants and caretakers over the past 49 years, some more controversial than others.

To the Tabas family’s credit, Loch Aerie never once seriously faced down the wrecking ball. Sadly, the same can’t be said for other historic Pennsylvania structures.

Because East Whiteland has very little in the way of historic preservation measures, residents and friends of the Grande Dame breathed a small sigh of relief as news spread that Mr. Patel was in the hotel business.

Now everyone is waiting to hear when they may pay Mr. Patel and the Grande Dame a visit.