Home Archive A Diamond in the Sprawl, This Historic Chester County Mansion is Heading to the Auction Block

A Diamond in the Sprawl, This Historic Chester County Mansion is Heading to the Auction Block 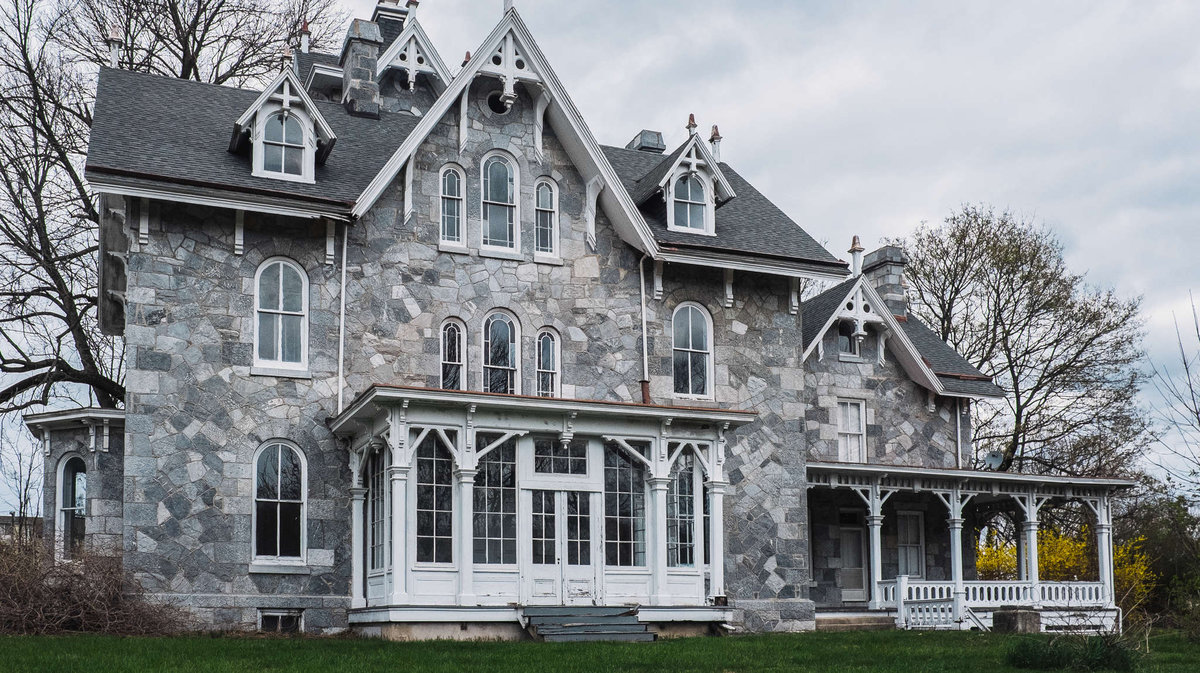 Once the spellbinding summer house of a man who saw his fortune from manufacturing paper shirt collars rise and fall, William Lockwood’s Swiss-Gothic manor today is a diamond in the suburban sprawl, writes Kristin E. Holmes for Philly.com.

With a Sheraton across the road and a Home Depot next door, this 6,522-square-foot grand mansion of peaked roofs and arched windows, evocative of the Adams Family, will be put up for auction on April 21st.

The minimum bid set for the East Whiteland Township property 1868 is $250,000, truly a small price to pay for an important piece of Chester County history. However, as the property gets ready to welcome its new owner, its admirers worry for its future.

“What tends to happen with sites like these is that because they are outside the city, they are viewed as only locally significant, when that’s not true,” commented Aaron Wunsch, an Assistant Professor of Historic Preservation at the University of Pennsylvania. “This house is regionally significant, and we are losing the interesting big suburban houses of that period.”

Several other historic mansions have already been lost, among them the Bryn Mawr mansion by renowned resort architect Addison Mizner, which was demolished in 2009. Some have avoided the same fate due to intense preservation efforts.

Timothy Caban, Chairman of the East Whiteland Township Historical Commission, who has vowed that the property will be demolished over his “dead body,” also pointed out that the auction represents a good opportunity for Loch Aerie to find new life as over 100 people toured the premises during the pre-auction viewings.

Also, despite refusing an over $600,000 offer for the house several years ago, the Tabas family which owns the house, has said they will accept the starting price for the sale of the property.

During the historical commission meeting held on Wednesday, members suggested either a bed-and-breakfast or an office complex may be the best options for the property. Chester County historian Eugene DiOrio raised the possibility of a house museum.

Read more about the turbulent history of Loch Aerie on Philly.com here.