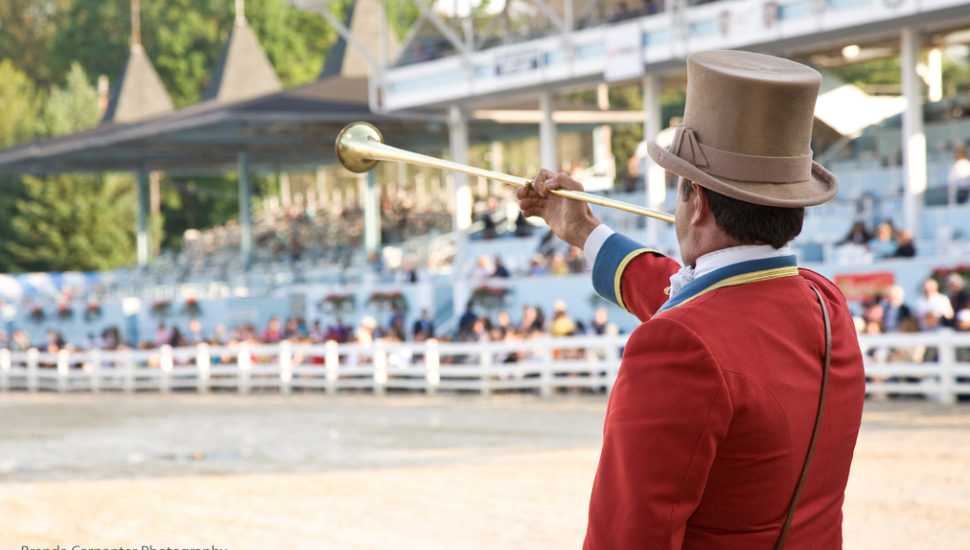 Leaders of the Devon Horse Show are leaving the gossip of recent years in the dust with a $1 million leap toward a prize-winning future.

“We didn’t put $1 million into this to go away,” said Public Relations and Publicity Chairwoman Karin Maynard in a Daily Local News report by Brian McCullough.

“The tradition not only continues at Devon, but improvements are being made with major enhancements to our grounds,” Chairman Wayne W. Grafton said in the article. “We are focused on making this a wonderful venue for competitors and attendees for many years to come.”

The enhancements polish the still-shining image of the Devon Horse Show and hope to “attract the best of the best,” Maynard said.

When the 120th Devon Horse Show opens May 26 through June 5, there will also be a new Anniversary Square with front-row views of the Schooling Ring; a doubling of the prize money for the top Grand Prix competition, to $250,000; and “new surfaces in the rings, new slatting in the stalls to protect the 1,300 horses that appear at the show each year … and upgrades to vendor booths” that help the show earn Fédération Equestre Internationale standards, the article stated.

Read much more about the $1 million project in the Daily Local News here, and check out previous VISTA Today coverage of the talk surrounding the Devon Horse Show here.

CommunityPaoli Woman Sparks Cycle of Kindness Spreading Throughout the CountrySeptember 16, 2020