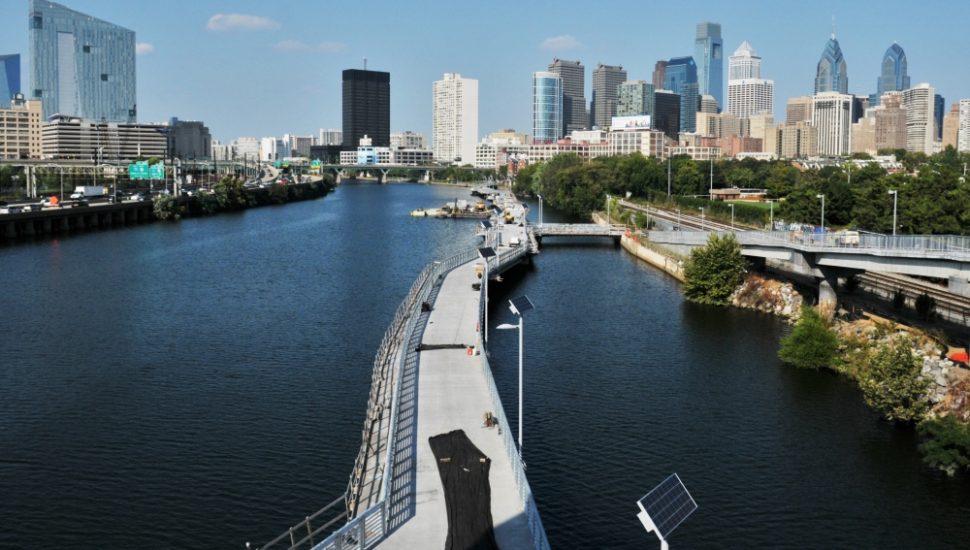 In celebration and support of the best-in-the-nation destination and Sly Fox’s trail-boosting Schuylkill River Trail Ale, the Schuylkill River Relay 50K will crack open a little friendly competition and a weekend of revelry for the first 250 teams to sign up.

The 31-mile adventure on Saturday, April 23, is open to daring individuals, teams up to three people and teams of up to six, and it will be broken into five- to six-mile segments of the Schuylkill River Trail, starting from St. Michael’s Park in Mont Clare across the river from Phoenixville and winding through part of Valley Forge National Historical Park to Conshohocken and back.

“The amazing thing about the trail,” Race Director Carl Ewald said in a Philadelphia Magazine preview, “is that it is so continuous and goes through so many communities.”

Those who finish will quench their thirst with a free can of Sly Fox’s Schuylkill River Trail Ale and relax to the live music and festivities of Sly Fox’s SPREEKEND Party.

Early bird registration is discounted throughout February, with proceeds benefitting the Schuylkill River Heritage Area through the Schuylkill Canal Association.

The relay race is being planned in addition to coordinated cleanups hosted by Sly Fox just like last year.