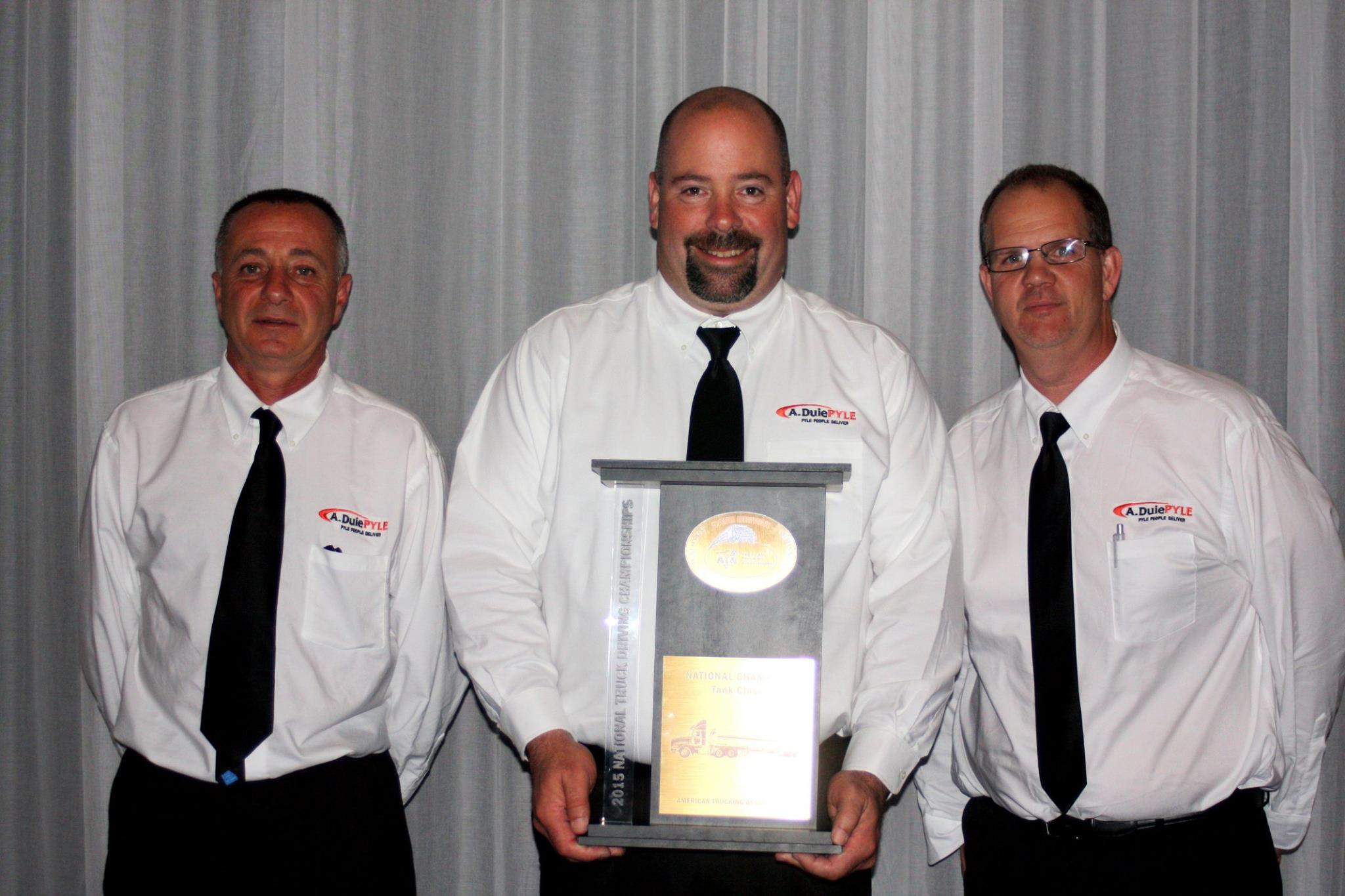 The precisely calculated and highly skilled maneuvers coming from the cab of an A. Duie Pyle tanker in the midst of one of the nation’s most challenging obstacle courses recently won a West Chester-based truck driver the title of national champion.

“The National Truck Driving Championship is known as ‘the super bowl of safety,’ as drivers have to be accident-free for at least one year prior to the competition, and therefore we’re always proud to have our drivers compete in such an event,” COO Randy Swart said.

Singelais, as well as fellow Pyle driver John Forgione, who competed in the four-axle class, are also Pyle Truck Driving Academy instructors. In addition, Rich Lopardo represented A. Duie Pyle in the four-axle class too. The annual competition featuring the best professional truck drivers from state and regional qualifying contests across the country spanned three days in mid-August.