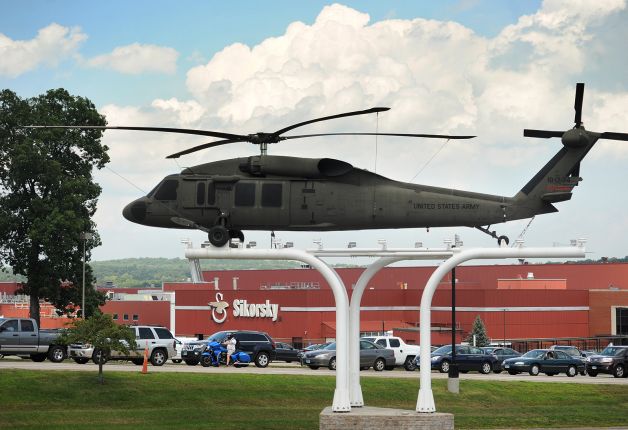 VISTA Today Daily News Business Briefs are concise stories that bring you up to date with what’s going on around Chester County.

While the sale of Sikorsky is a game-changer for both companies, UTC is still showing declining revenues down 5 percent year on year in the second quarter at $16.3 billion. Earnings per share took a bigger beating coming in at $1.73 per share, a drop of 7 percent over the same quarter last year.

With the sale of Sikorsky however, UTC now has a significant war chest of around $9 billion with which to boost its business, the question is where that boost will come from.

On the other hand Lockheed is showing strong progress with its second quarter revenue up from $11.3 billion to $11.6 billion and earnings per share showing equally healthy growth increasing from $2.76 to $2.94 per share.

Fulton Financial  with assets of $17.4 billion, has reported a 7.4 percent decline in net profits for the second quarter of the year.

The financial holding company based in Lancaster has 8 branches in Chester County and announced net profits were $36.7 million resulting in earning per share of 21 cents, a minor decline from the $39.6 million reported for the same quarter last year. Acme Markets has jumped on the opportunity to acquire the 76 already closed A&P owned grocery stores across six states, including Pennsylvania, New Jersey and Delaware.

The news came only several hours after A&P disclosed that it would close 25 grocery stores, previously branded as either Superfresh or Pathmark, including 12 stores in the Greater Philadelphia region.

Among the locations, key ones include 180 W. Girard Ave. in Philadelphia, 1305 West Chester Pike in Havertown, 800 2nd. St. in Southampton, and 1001 South Street in Philadelphia. Click here to see the full list. None of the stores ACME bid on are in Chester County.

Gerri Henwood, President and Chief Executive Officer of the Malvern based specialty pharmaceutical company said “Scott brings 25 years of experience and a seasoned manufacturing background to RecroPharma at an important and exciting time for the Company”. Terence Farrell, Chair of the Chester County Board of Commissioners.

The program provides job readiness training, personal support services, finance counseling and paid work experience to help the people who have been struggling to find a job that matches their skill set in Chester County.

Chairman Terence Farrell said of the program, “At just 4 percent, our unemployment rate is one of the lowest in the state, and it is safe to say that employers cannot find good fits for some open positions.

Many of our long-term unemployed people have the skills required for those positions, but they need career-related support services to strengthen those skills. Platform to Employment addresses that need.”

The program will begin accepting applications this week at platformtoemployment.com. Space is limited to 25 people, and the deadline for application is August 26. Training will begin in early September.