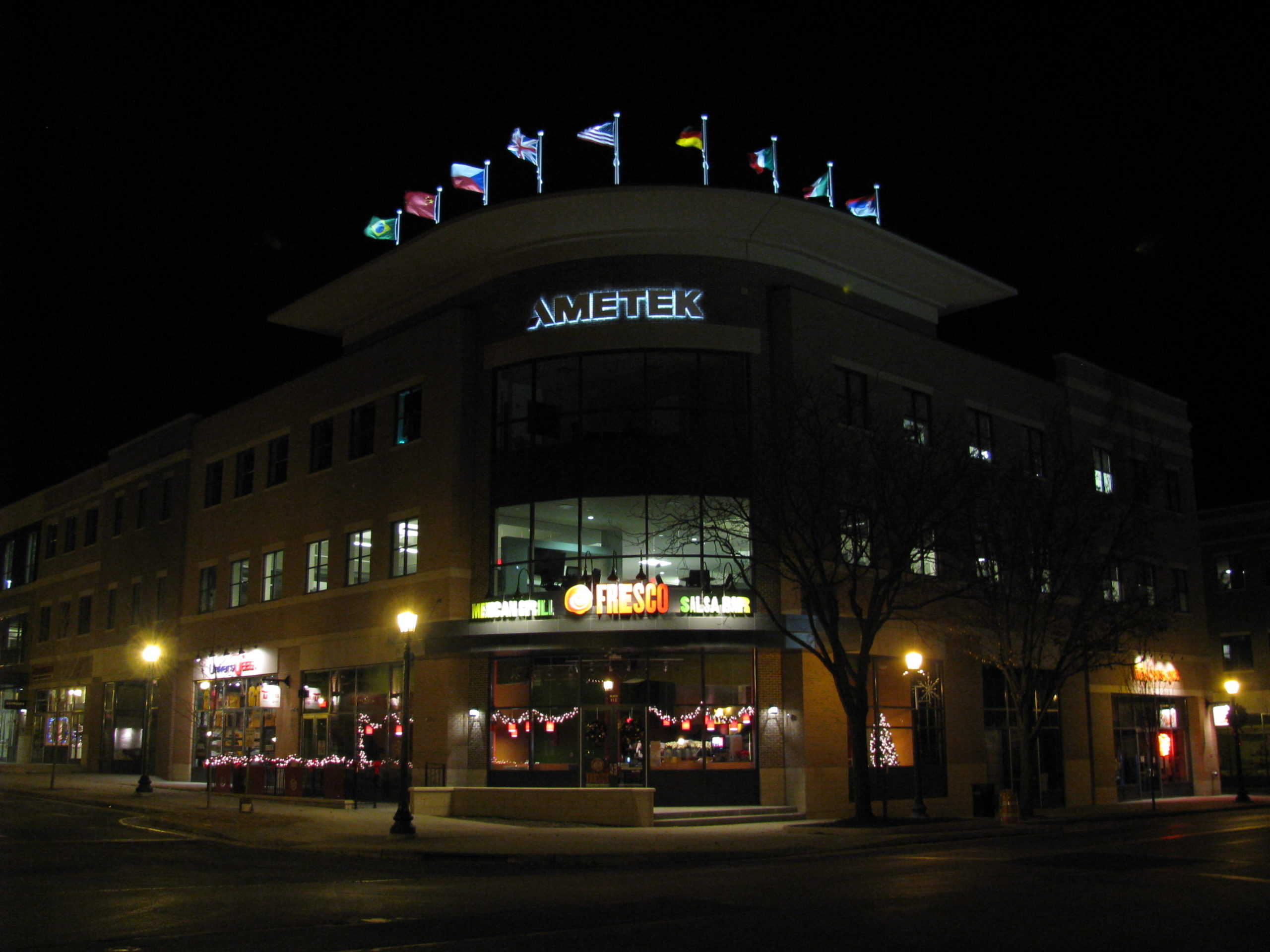 Ametek is a global manufacturer of electronic equipment and mechanical devices based out of Berwyn. --Photo via John Ridinger SSID manufactures inline vision systems, to inspect continuously processed materials and has annual sales of $60 million. The acquisition expands the Berwyn based company’s presence in that market and is a fit with its core manufacturing focus on electronic instruments and electro-mechanical devices.

Jamba Juice Planning on Expanding To Malvern, King of Prussia

Jamba Juice, the popular California-based smoothie company, is increasing its footprint in Philadelphia through a local franchisee.

Andreana Chryssos, holder of development rights to the Philadelphia market is aggressively expanding the presence of Jamba Juice, to ensure that the brand gets the recognition that it deserves. Chryssos said the company uses as many local vendors as it can, including produce from Lancaster.

Following the opening of a kiosk in the King of Prussia Mall in 2013, two new suburban locations will open this summer offering even more choices than the kiosks. Malvern will open on August 18 and Willow Grove on July 31, with other locations planned in Center City, University City and the suburbs.

Chryssos said of the plans, “We want to make sure we’re going into place where we’ll succeed. We don’t want to just start plopping Jamba Juice locations and have them close because we didn’t do our due diligence.” Gov Wolf signed a bill making it much easier for life insurers to do business in Pennsylvania–via Penn Live.

Thanks to a new law, holders of life insurance policies and annuities in the state will be able to send their documents electronically.

Passed in the second week of July, House Bill 972 became Act 30 of 2015 has modernized an old policy law by giving life insurance companies, in agreement with their clients, the option to send policies and annuities to their customers electronically. Act 30 will be effective 60 days after being signed by Governor Tom Wolf.

“State laws need to keep up-to-date with current technology, and that also includes our insurance laws,” said Representative Tina Pickett, chair of the House Insurance Committee and the author of the House Bill 972 which preceded the law. “Before this law, insurers were required to either hand deliver or send via certified mail to a policyholder.” Reliance Standard Life Insurance has selected iPipelines AFFIRM for Annuities program to automate the selling process for bonds and other types of stable income annuities tied to the S&P 500.

Reliance Standard Life’s selection of iPipelines AFFIRM product will provide its over 15,000 advisors and agents with the tools they need to conduct daily business, while improving the consumer buying experience. It will also help meeting requirements for FINRA, SEC and state compliance.

“The retirement income industry is warming up, and individuals with ‘safe money’ are considering positioning their assets to last longer in annuities” said Tim Wallace, CEO of iPipeline, the Exton based provider of cloud-based software solutions for the life insurance industry. “Simplifying and streamlining the annuity selling process is critical to achieving a true speed to market advantage.”