Thanks To Indexing, Vanguard Is Runaway Retirement Leader 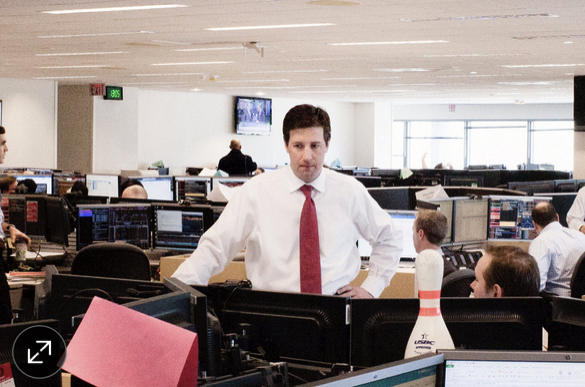 Joshua Barrickman on the trading floor at the Vanguard Group campus in Malvern, Pa.

Investing in indexes is taking the nation by storm, and the Malvern mutual fund pioneer is reaping the benefits. Vanguard Group’s lead over the other top defined contribution retirement plan managers in the country widened by several more lengths last year when it posted a robust 15 percent gain in assets to $705.5 billion while runner-up Fidelity mustered just 1.3 percent more than the prior year, to $620.2 billion.

Vanguard and BlackRock have done a solid job. Fidelity has been slow to the party in passive management.”

In addition to indexed investing, greater interest in target-date funds and market appreciation also played roles in Vanguard’s surge, the article noted. And it came at both ends of the spectrum.

“There are increasing opportunities at the large end of the market,” Vanguard Financial Advisor Services Managing Director Martha King said in the article.

And the Vanguard Retirement Plan Access program targeting the under-$20 million audience roughly doubled its plans and participants over the course of the year.

Read more about Vanguard’s stellar DC performance and how its competitors fared in Pensions & Investments here, and check out previous Vista Today coverage of the firm’s award-winning success under King’s leadership here.

InvestmentsWiser Wealth: Retirement Won't Save For Itself: Here's How To Save What You NeedDecember 2, 2020