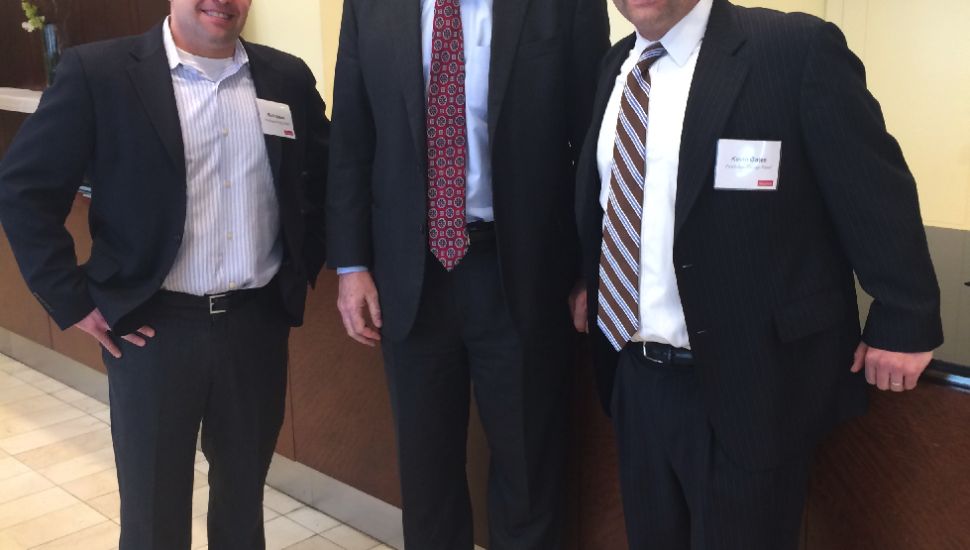 Richard and Kevin Gates of West Chester, pictured above with former US Attorney Patrick J. Fitzgerald, are giving those who want to fight city hall, a textbook case of how to take on government bureaucracy.  The Gates’ weapons of choice: full transparency, a high-powered law firm and a healthy dose of good old-fashion Philadelphia “attytood.”

Back in 2009 the Gates brothers, who oversee TFS Capital, a mid-sized asset management company in West Chester, made trades on the open energy market. The trades resulted in money being made from rebates.

In 2010 the trades, and the resulting profit, caught the attention of the Federal Energy Regulatory Commission’s (FERC) Office of Enforcement which alleged that the trades fell under the category of market manipulation and what they called “wash trades.”

In a lengthy examination of the Gates’ transactions and trades in the Wall Street Journal earlier this year, the newspaper defended the Gates brothers writing that “FERC doesn’t seem to understand the difference between wash trades and a washing machine.”

More than four years later the fight continues. In May the brothers launched a website focused on transparency, accountability and justice.  The site, The Pufferfish Foundation, used President Obama’s own philosophy to bolster their cause: “No person, in any culture, likes to be bullied,” it quotes from Obama’s “The Audacity of Hope.”

And last week the Gates twins, using the letterhead of Drexel Biddle & Reath, a national law firm based in Philadelphia, sent FERC a missive dripping in Philly “attytood” to their DC accusers (below).

Pulling no punches, the Gates’ letter openly mocks the FERC for their investigation of the Gates’ brothers saying the FERC “had no case . . . when it commenced its investigation [over] four years ago, and it has no case now.” The letter’s first paragraph ends with a threat to, “expose the folly of [FERC’s] investigation to the light of day.”

While the Gates’ wrestling match with FERC’s Office of Enforcement is far from over, its hard not to pull for these home-town, home-grown altruists spending their own time, efforts and considerable cash to bring a little common sense and sensibility to how the federal government conducts its business. 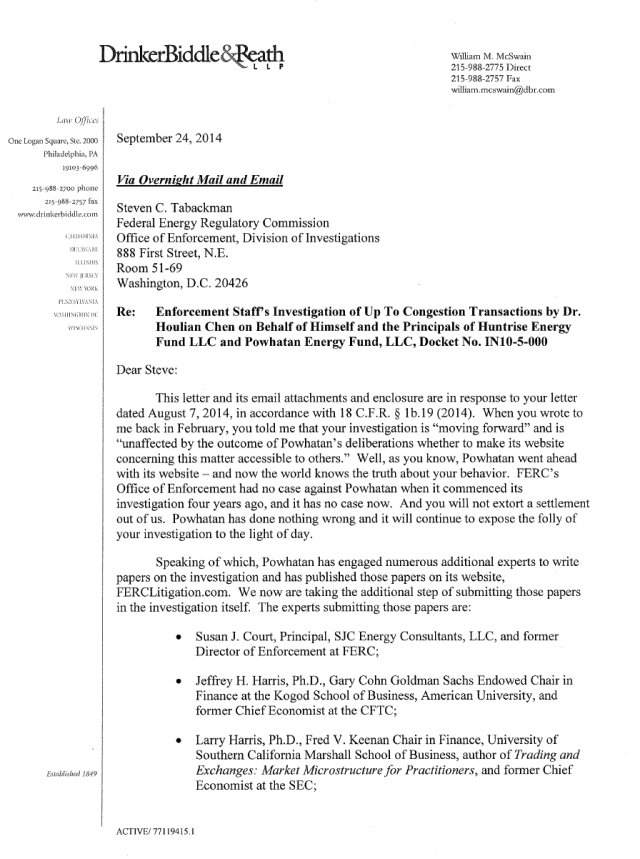 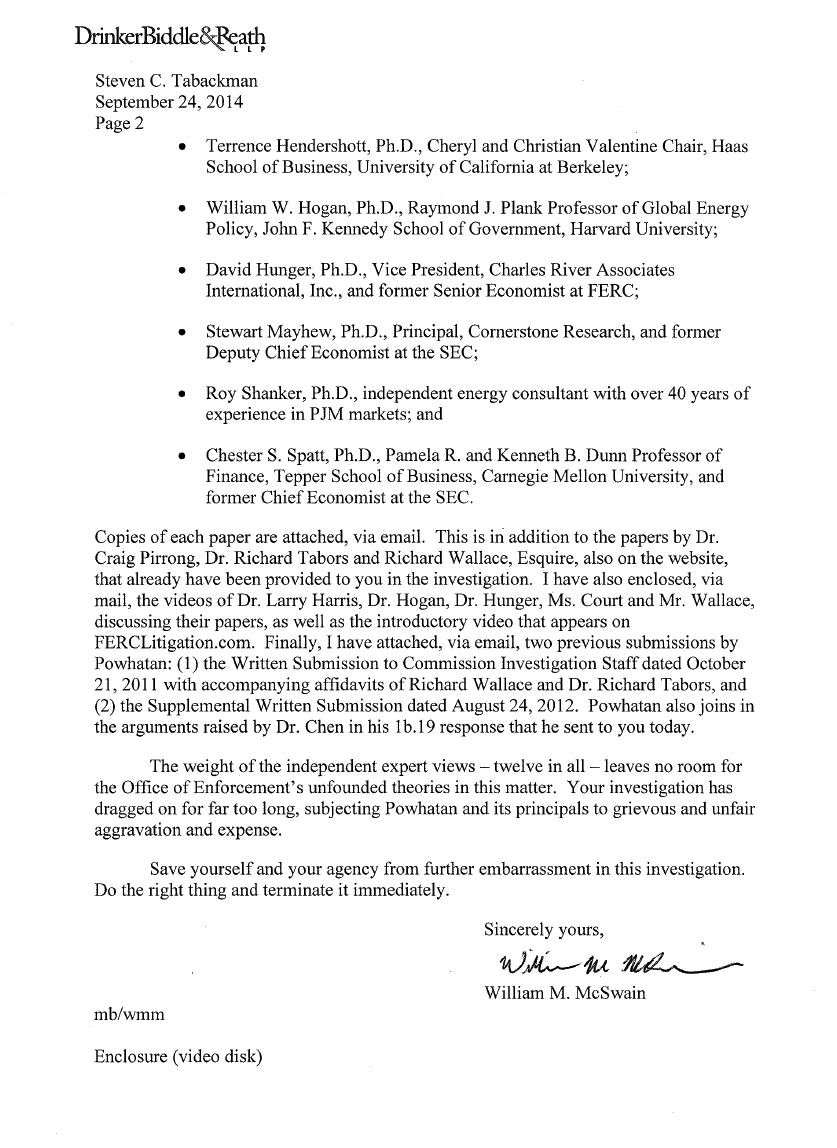