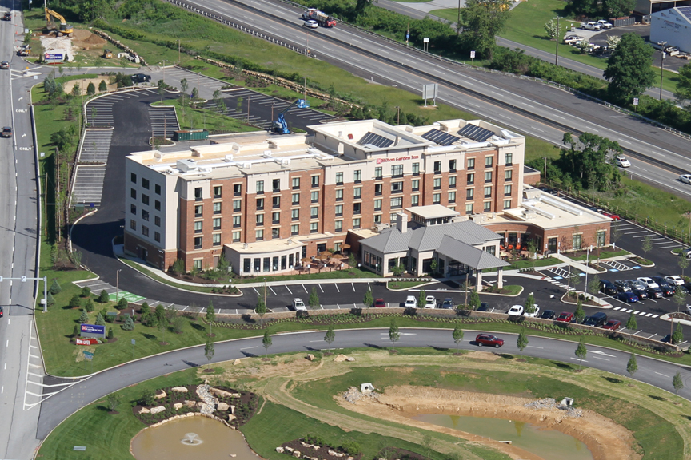 An ambitious vision that took flight in 1985 is now coming in for a landing at Eagleview, with the opening of its new $18 million Hilton Garden Inn (above), the groundbreaking of a new $18 million apartment complex, and the remaining 16,320 square feet of a half-complete retail town center coming next year.

For the Hankin Group of Exton, all but 100 of its 800 acres around the Pennsylvania Turnpike interchange north of Downingtown has been developed to house more than 100 companies in 35 buildings spanning 2.5 million square feet — with just 11 percent of it vacant, according to a Philadelphia Business Journal story.

“The reason we were able to be successful is we have staying power, and we bought the land totally undeveloped, and we were willing to take the long view,” CEO Robert Hankin said in the article. “It’s really satisfying.”

But there will be little rest from the journey. The Hankin Group expects to spread its wings again on its 240 acres of new space across from Eagleview on Lionville Station Road and Route 113.

Read more about the deals Eagleview has landed and its new 10- to 15-year project in the Philadelphia Business Journal here.

Real EstatePhiladelphia Real Estate Market on the Up and Up, According to 2021 Investing ForecastApril 26, 2021